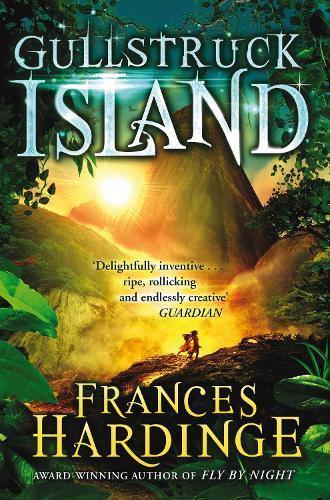 A triumph of imagination and wordplay. An adventure as fierce and fiery as the volcanoes that rule it… and the girl that rules them! Now in paperback - launching a stunning new cover look! On Gullstruck Island the volcanoes quarrel, beetles sing danger and occasionally a Lost is born… In the village of the Hollow Beasts live two sisters. Arilou is a Lost - a child with the power to depart her body and mind-fly with the winds - and Hathin is her helper. Together they hide a dangerous secret. Until sinister events threaten to uncover it. With a blue-skinned hunter on their trail and a dreadlocked warrior beside them, they must escape. Can the fate of two children decide the future of Gullstruck Island? Discover a dazzling world, a breathtaking heroine… and an incredible adventure!