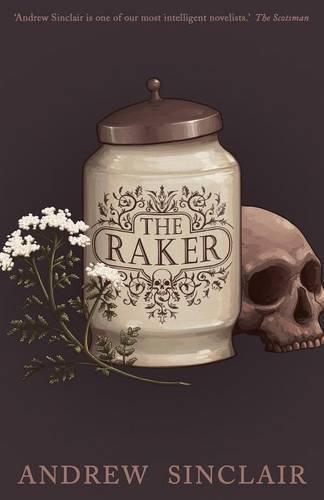 ‘Andrew Sinclair is one of our most intelligent novelists.’ - Scotsman ‘Mr Sinclair is pure entertainment with his natty little tale about a hero who writes obituaries and an esoteric character who specialises in death.’ - The Spectator ‘Placid and macabre, this death-drenched fantasy uses satiric allegory to the hilt whilst bulls-eyeing the Establishment of contemporary London.’ - Baltimore Sun ‘[T]here are some remarkable scenes … it is impossible not to be impressed by the sheer size of the task Mr Sinclair has taken on.’ - The Guardian Adam Quince’s business is death. A writer of obituaries, his own life of tedium is measured out by the index cards of the dead and dying which he monitors in his basement office ‘morgue’. But Quince finds his passion for life reignited when he meets the beautiful actress Nada Templeton and becomes engaged in a tug-of-war with her protector, the enigmatic and sinister John Purefoy. Obsessed with death, Purefoy is ‘The Raker’, named after the men charged cleaning the streets during the Plague of 1665. In the novel’s chilling and unforgettable climax, the duel between Quince and the Raker will culminate in a confrontation which only one of them will survive. Darkly humorous and delightfully macabre, The Raker (1964) is, as Rob Spence writes in his introduction, ‘a phantasmagoric, gothic vision of a city of death, inhabited not just by those caught up in the drudgery of modern urban life, but by the ghosts of their predecessors.’ This new edition of Andrew Sinclair’s engaging and disturbing novel, the first in decades, coincides with the 50th anniversary of its original publication. Sinclair’s The Facts in the Case of E. A. Poe (1979) is also available from Valancourt.