Mommy’s a Mole: Unravelling the Joan Webster Murder & Other Secrets in a CIA Family 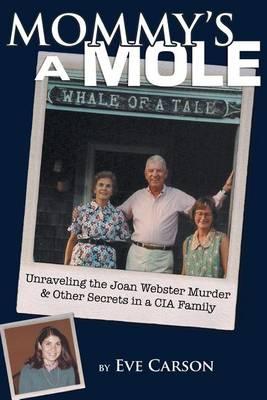 Mommy’s a Mole: Unravelling the Joan Webster Murder & Other Secrets in a CIA Family

There is no crueler tyranny than that which is exercised under cover of law, and with the colors of justice. - U.S. v. Jannotti, 673 F.2d 578, 614 (3d Cir. 1982). The sun trickled through the dense tangle of the spring’s budding branches. Karen Wolfe Churgin walked her dogs on April 18, 1990, on her remote wooded property on Chebacco Road. The veterinarian spotted a white sphere obstructing a drainage ditch. Churgin’s home sat on top of the bluff overlooking Chebacco Lake, and the lower-wooded basin was often flooded with water. The sparsely inhabited wilderness in Hamilton, Massachusetts attracted hikers and bikers, but was also a secluded setting known for criminal activity. From a distance, she saw an object, a white sphere. When she reached to dislodge it, she reeled back in horror. She immediately called the police. I saw something in the woods that looked like a punched-in volleyball, Karen told the Beverly Times on April 25, 1990. I looked closer and it was a human skull. It had suture-like zigzagged lines. Those are unique to human skulls. Officer Hatfield was the first to respond, and the initial conclusion determined the discovery was, indeed, a human skull. Hamilton Police Chief Walter Cullen arrived at the scene next and photographed the find. The Massachusetts State Police Crime Prevention and Control Unit, CPAC, dispatched Cpl. Dennis Marks to take charge of the crime scene. Local police sent the skull and a nearby black boot to Hunt Memorial Hospital to examine, but nothing else surfaced in the initial cursory search of the surrounding area. Notices went out to departments to assist the resident force, and names poured in to compare the cranium to known missing persons. Joan Webster’s name appeared on the list, but the resting spot was more than thirty miles from the long-speculated crime scene at Pier 7 in Boston. Of course, it’s being checked out, but the location doesn’t seem to correlate. Circumstances pointed to her being taken out in a boat and dumped at sea. This is something way up north and doesn’t tie to anything. -George Webster Harvard Crimson April 28, 1990