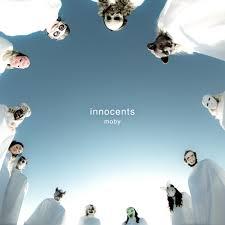 Moby is one of the most innovative and individual forces in electronic and popular music today. He is back with arguably one of the best albums of his career, “Innocents”.
Moby chose to make this record with a stellar cast. For the first time in his career he worked with an outside producer, friend Mark “Spike” Stent, whose resume includes Madonna, U2, Muse, Bjork, and Massive Attack. The list of eminent collaborators on Innocents includes Wayne Coyne (The Flaming Lips), alt-rock legend Mark Lanegan, Cold Specks, Skylar Grey - best known for co-writing and performing on Eminem and Rihanna’s Love The Way You Lie; indie-folk singer Damien Jurado, and Inyang Bassey who was the vocalist on The Right Thing from Destroyed. He has named them the Innocents.
The Innocents became the inspirational motif for the album, embracing human vulnerability and the desire for human connection, while celebrating imperfection in a world that too often esteems unrealistic and artificial perfection.
The thematic vulnerability is also reflected in the production, “Spike” Stent is known for big productions, but given the nature of the songs on Innocents, he and Moby committed to a much more analogue and lo-fi production approach. To this end, they almost exclusively used old (and usually broken..) equipment in the making of the record.
Much of Innocents recalls early Moby in the best way. Moby has been retrofitting antiquated styles and archaic sounds to the electronic age since Natural Blues - one of many enduring hits off of his 1999, twelve-million-plus selling international smash album Play.
The epic, emotional and melodic nature of this album reminds us of Moby’s musical ingenuity and singles him out as one of music’s most creative forces.
Track Listing: