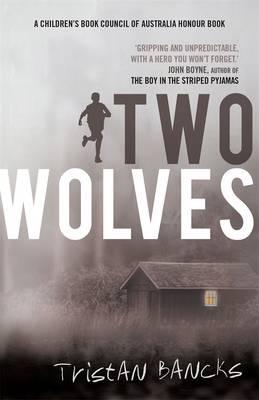 An old man tells his grandson that there is a battle raging inside him, inside all of us. A terrible battle between two wolves. One wolf is bad - pride, jealousy, greed. The other wolf is good - kindness, hope, truth. The child asks, ‘Who will win?’ The grandfather answers simply, ‘The one you feed.’

One afternoon, police officers show up at Ben Silver’s front door. Minutes after they leave, his parents arrive home. Ben and his little sister Olive are bundled into the car and told they’re going on a holiday. But are they? It doesn’t take long for Ben to realise that his parents are in trouble.
Ben’s always dreamt of becoming a detective - his dad even calls him ‘Cop’. Now Ben gathers evidence and tries to uncover what his parents have done. The problem is, if he figures it out, what does he do? Tell someone? Or keep the secret and live life on the run?
Gripping and unpredictable, with a hero you won’t forget. - John Boyne, author of The Boy in The Striped Pyjamas
A high stakes adventure that will keep you guessing and breathless until the very end. Michael Gerard Bauer, author of Don’t Call Me Ishmael

Ben is busy in his room creating a new stop-motion film when a knock at the door changes his life forever. When he finds two police officers looking for his parents, Ben’s passion for becoming a detective kicks in. As soon as the police leave, his parents arrive home, claiming they are going on a holiday and grabbing Ben and his sister before heading off. As they travel to an old cabin in the woods, Ben slowly starts to piece little bits together as to what has happened and what exactly it is his parents have done. The problem is, if Ben is right, should he go to the police, or help his family?

I’m a huge fan of Tristan Bancks’s Mac Slater books and was excited to read his new one – it doesn’t disappoint. Two Wolves is a fantastic, suspenseful novel for readers aged 11 and up, and a book that will keep them reading well into the night!

END_OF_DOCUMENT_TOKEN_TO_BE_REPLACED

The Water and the Wild

You Choose 1: The Treasure of Dead Man’s Cove