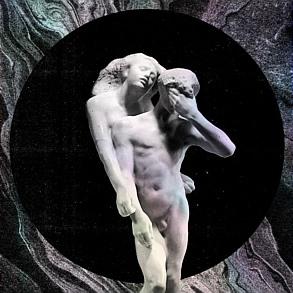 Arcade Fire is an indie rock band based in Montreal, Quebec, Canada, consisting of husband and wife Win Butler and Régine Chassagne, along with Richard Reed Parry, Tim Kingsbury, Sarah Neufeld and Jeremy Gara. The band came to prominence in 2004 with the release of their critically acclaimed debut album Funeral.
This album was produced by James Murphy of LCD Soundsystem and DFA fame.
Disc 1:

At the time of their first album release, Funeral, there was a huge critical hype around Arcade Fire being the next ‘big thing’. Though at that time, in the mid-noughties, there were so many next ‘big things’ – Arctic Monkeys, Franz Ferdinand, Interpol – that I turned my attention to other things. In a way, I’m glad I did because I now have the pleasure of uncovering an impressive Arcade Fire back catalogue.

My 18-year-old daughter, Vivienne, recently put Funeral and Neon Bible on my iPod and I immediately fell in love with tracks like ‘Keep the Car Running’ and ‘In the Backseat’ – the latter seemed to encapsulate the yearning of adolescence in band member Régine Chassagne’s vocal performance. What most impressed me about this Montreal-based group is that they are a band thinking in sync with a distinct musical path. Lead vocalist and songwriter Win Butler started the band in 2001 with friend Josh Deu and after a few line-up changes settled with a roster which included his brother William and partner, Régine Chassagne.

It has been three years since the band’s last record, the Grammy Award-winning Suburbs. Now we see the release of their fourth album, Reflektor, recorded in part at James Murphy’s (of LCD Soundsystem) DFA Records in New York. The sound of this record, as a result, is more dance orientated. The group has collaborated with long-time fan David Bowie on the title track and first single, ‘Reflektor’, and there are nods to Bowie’s Scary Monsters (and Super Creeps) period on the track ‘Normal Person’. Elsewhere, echoes of Giorgio Moroder can be found on the track ‘We Exist’. Arcade Fire’s high credentials saw them enlist Anton Corbijn to direct the ‘Reflektor’ music video and Roman Coppola directed the clip for ‘Here Comes the Night’, which featured Bono, Michael Cera and Zach Galifianakis.

Arcade Fire, with their musical integrity and style, have established themselves as one of the prime movers of the last 10 years. With the release of Reflektor, their future landscape looks assured.