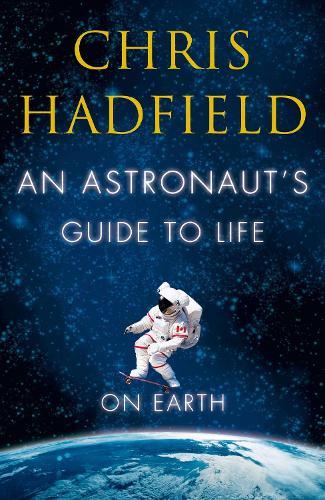 This is an inspirational memoir of space exploration and hard-won wisdom, from an astronaut who has spent a lifetime making the impossible a reality.
Colonel Chris Hadfield has spent decades training as an astronaut and has logged nearly 4,000 hours in space. During this time he has broken into a Space Station with a Swiss army knife, disposed of a live snake while piloting a plane, and been temporarily blinded while clinging to the exterior of an orbiting spacecraft. The secret to Col. Hadfield’s success - and survival - is an unconventional philosophy he learned at NASA: prepare for the worst - and enjoy every moment of it.
In An Astronaut’s Guide to Life on Earth, Col. Hadfield takes readers deep into his years of training and space exploration to show how to make the impossible possible. Through eye-opening, entertaining stories filled with the adrenaline of launch, the mesmerizing wonder of spacewalks and the measured, calm responses mandated by crises, he explains how conventional wisdom can get in the way of achievement - and happiness.
You might never be able to build a robot, pilot a spacecraft, make a music video or perform basic surgery in zero gravity like Col. Hadfield. But his vivid and refreshing insights will teach you how to think like an astronaut, and will change, completely, the way you view life on Earth - especially your own.
$32.99Add to basket ›

END_OF_DOCUMENT_TOKEN_TO_BE_REPLACED

Meet the amazing dog whose brave journey into space paved the way for humankind to follow. Laika is a stray on the streets of Moscow, until she is chosen to be the first animal launched into orbit. When things go wrong, everyone...

Colonel Chris Hadfield has spent decades training as an astronaut and has logged nearly 4,000 hours in space. In this book, he takes readers deep into his years of training and space exploration to show how to make the impossible...

Argues passionately and articulately for continuing to push the boundaries of our knowledge of the universe and, specifically, for focussing assets, intellect, and policy toward sending humans to the planet Mars by the year 2032.