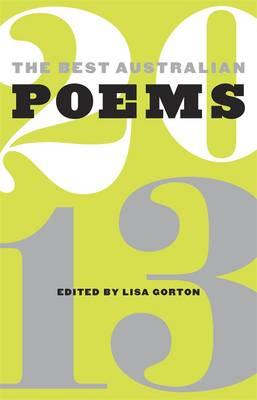 ‘What characterises Australian poetry now is its variousness … Here are collage poems with a confessional impulse, short short stories, late surrealist couplets, poems that weave satire and lyric together, fragmentary essays in epistles, metaphysical pastorals, epic narratives glimpsed through keyhole lyrics, and lyrics that explode the idea of what a lyric can say, and be.‘ - Lisa Gorton
This engaging collection presents the outstanding Australian poems of the last year - a fascinating array of voices and styles, subjects and moods. Including many of Australia’s most admired literary figures as well as exciting newcomers, The Best Australian Poems 2013 celebrates the wonder and diversity of language.
$24.99Add to basket ›