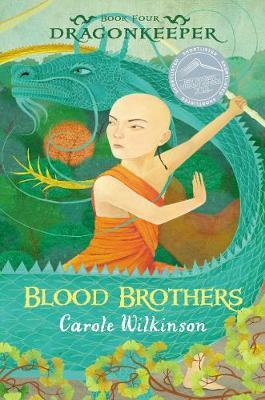 New paperback edition of the fourth book in the internationally bestselling and award-winning Dragonkeeper series. The year is 325. The powerful Han Dynasty is a distant memory and tribes of barbarian soldiers fight over what was once the Empire. It is a dangerous time. Kai is a teenager in dragon years. His search for the person destined to be his dragonkeeper has led him to a Buddhist novice named Tao. But Tao is certain he is not the one; he has no interest in caring for a difficult dragon. Tao must listen to the voice within himself and learn that no journey ever reveals its true purpose until it is over.

END_OF_DOCUMENT_TOKEN_TO_BE_REPLACED

Tao is learning to be a dragonkeeper. With no one to teach him it is not easy. He must keep Kai safe but there is danger at every turn -- they are pursued by a gang of murderous nomads, tricked by unseen spirits, attacked by a...

The second part of the internationally award-winning Dragonkeeper series.

The third part of the internationally award-winning Dragonkeeper series.

Now in paperback, the next instalment in the best-selling and award-winning Dragonkeeper series! The year is 325. The powerful Han Dynasty is a distant memory and tribes of barbarian soldiers fight over what was once the Empire....

The first part of the internationally award-winning Dragonkeeper series.