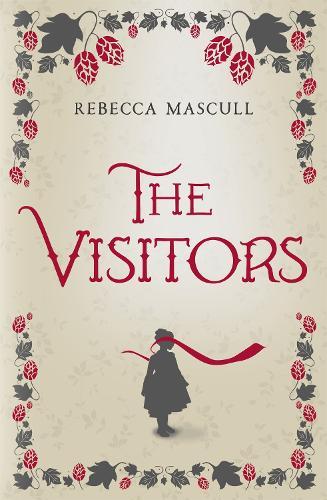 Imagine if you couldn’t see, couldn’t hear, couldn’t speak… Then, one day, somebody took your hand and opened the world up to you.
Adeliza Golding is a deaf-blind girl, born in late Victorian England on her father’s hop farm. Unable to interact with her loving family, she exists in a world of darkness and confusion; her only communication is with the ghosts she speaks to in her head, whom she has christened the ‘Visitors’. One day she runs out into the fields and a young hop-picker, Lottie, grabs her hand and starts drawing shapes in it. Finally Liza can communicate.
Her friendship with her teacher and with Lottie’s beloved brother Caleb leads her from the hop gardens and oyster beds of Kent to the dusty veldt of South Africa and the Boer War, and ultimately to the truth about the Visitors.
Rebecca Mascull’s first novel is the tale of a wonderful friendship, but it is also a thrilling adventure, a heartbreaking love story and a compelling ghost story.

The ghost story has been rattling the chains of literary history for centuries, with the likes of Shakespeare, Dickens, Poe, and Henry James (among many others) all experimenting with the subject – Rebecca Mascull’s debut novel adds another imaginative tale to the genre.

Adeliza Golding is deaf and blind, unable to interact with anyone except the ghosts she communicates with in her head until she runs out into the fields of her father’s hop farm and a stranger, Lottie, takes her hand and draws shapes upon it with her fingers. Lottie teaches Adeliza how to communicate, opening the world to her, and the two become inseparable.

Set in late Victorian England, The Visitors explores Liza’s friendship with Lottie and her brother Caleb, as she travels from her father’s farm to the oyster beds of Kent, to a doctor’s office in London, and onward to South Africa during the Boer War, where the truth of the Visitors ultimately unfolds.

As the story opened I was reminded of Patrick Süskind’s Perfume: the reader is led by the nose into a vivid reality of smell and touch via a lively character a little out of kilter with the world, somewhat wild and not always likeable. The Visitors is written in the first person, present tense – a narrative style not to everyone’s liking – but Mascull has utilised it well; it gives the tale a sense of immediacy while allowing the reader inside the head of her eccentric deaf-blind protagonist.

The Visitors is an inventive story with well-drawn characters but sometimes falls short by telling the reader too much – the wrap-up towards the end seemed unnecessary. However, for lovers of ghost stories and oddities, Mascull’s tale will offer a weird and wonderful escape into a richly imagined world peopled with some extraordinary characters.