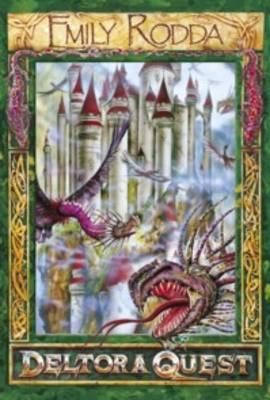 ‘Deltora Quest’ series 1 tells the story of three companions - Leif, Barda and Jasmine - who are on a perilous quest to find the seven lost gems of the Belt of Deltora. Only when the belt is complete will the evil Shadow Lord and his rule of tyranny be overcome. This best-selling series of eight books is set in the fantasy world of Deltora, a sprawling kingdom of magic and monsters, bordered by the sea and a vast, curving mountain range, beyond which is an unknown territory called the Shadowlands. An appealing aspect of these books is the series of brainteasers, puzzles, clues and mysteries that the adventurers must solve to fulfill the quest. This bind-up presents all eight stories in one volume.