When We Left Earth - The NASA Missions 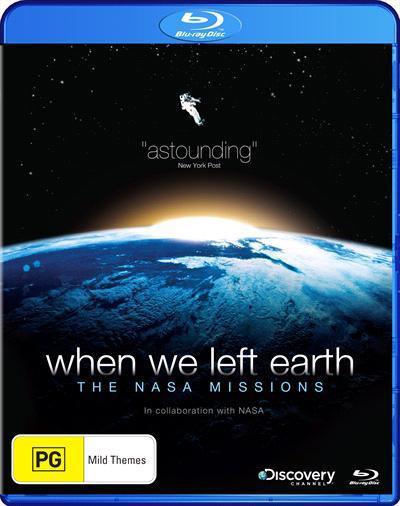 When We Left Earth - The NASA Missions

For over 50 years, the National Aeronautics and Space Administration (NASA) has led the world in space exploration. Yet the boundless void that begins just 100 kilometres above us has been visited by no more than 500 people. Now, 40 years on from the event that defined humankind’s unquenchable thirst for exploration - the historic Apollo 11 moon landing - this visually stunning 6-part series reveals the majesty of space like never before, from the pioneering Project Mercury and the Apollo Program, through to the Space Shuttle launch and the International Space Station. Narrated by Gary Sinise, and featuring rare interviews with legends Neil Armstrong, John Glenn, Jim Lovell and Buzz Aldrin, “When We Left Earth” explores the missions, the heroes, and the triumphs of space exploration in a depth of detail previously experienced only by astronauts themselves.