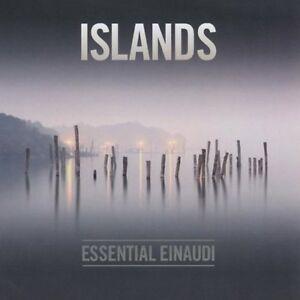 This 2-CD collection brings together a selection of Einaudi’s most popular tracks.
The “godfather of neo-classical”, Ludovico Einaudi’s isone of the world’s most popular contemporary composers. His minimal, intimate style music has become known to millions the world over through its use in films and advertisements.
In 2016 Einaudi became a global viral sensation through his performance “Elegy For The Arctic"on a floating platform in the Arctic Ocean to raise awareness of global warming.
With a peaceful piano-based style that is at once relaxing, inspiring, and immersive, Einaudi was the most streamed classical artist on Apple Music in 2019 -a sign of the immense and universal appeal of Einaudi’s music.
$24.95Add to basket ›