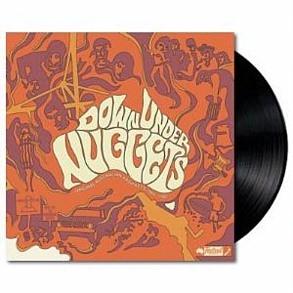 To celebrate the 40th anniversary of Nuggets, Warner Music Australia is releasing 3 titles: Nuggets: Antipodean Interpolations of the First Psychedelic Era, Down Under Nuggets: Original Australian Artyfacts 1965-67 and a newly remastered edition of the original collection.
Down Under Nuggets: Original Australian Artyfacts 1965-67 is a collection of the best Australian garage-rock of the ‘60s. It features 29 of the wildest Australian recordings from the '60s from such outfits as The Missing Links, The Purple Hearts, The Black Diamonds, The Lost Souls, The Wild Cherries, The Loved Ones, The Throb and The Moods. Long term fans of the genre will be thrilled to find we’ve included the never-before heard full-length 5:29 version of The Sunsets’ classic ‘The Hot Generation’ Released on the revived Festival label, it features many tracks originally released by Festival back in the day.
$51.95Add to basket ›