Bertie’s Guide to Life and Mothers: A Scotland Street Novel 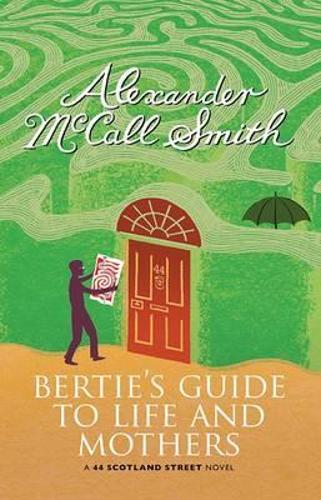 Bertie’s Guide to Life and Mothers: A Scotland Street Novel

Domestic bliss seems in short supply at 44 Scotland Street. Matthew and Elspeth have increased their household by three, but the joys of multiple parenthood are rather lost on Matthew who is finding it hard enough to tell his new brood apart even without sleep deprivation.
At least he has the sense to take on former inamorata Pat to help at the Something Special gallery amidst a plan involving flowers and submarines. But could he be about to find himself out in the cold with Big Lou? The ever lovelorn café owner is hoping to find herself all shook up thanks to internet dating and an Elvis impersonator. However, it appears Arbroath rather than Graceland could hold the key to her future happiness.
Artist Angus Lordie and anthropologist Domenica are trying to plan their wedding, but it seems to be heading off the rails. The reappearance of an old flame doesn’t help, and Domenica’s stress levels are set to increase when her friend Antonia - recovered from an attack of Stendhal Syndrome - decides to become a nun. And what of 44 Scotland Street’s first family, the Pollocks? Dad, Stuart, is harbouring a secret about a secret society and Bertie is feeling kind of blue. Having had enough of his neurotic hot-housing mother, he puts himself up for adoption on eBay. Will he go to the highest bidder or will he have to take matters into his own hands?
$19.99Add to basket ›