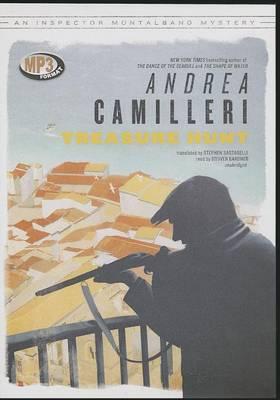 Interest in Andrea Camilleri’s taciturn but epicurean inspector is at an all-time high. And with three of the last five novels in the series, including the award-winning Potter’s Field, hitting the New York Times bestseller list, this latest installment is certain to up the ante and win over a multitude of new fans.In Treasure Hunt Inspector Montalbano is hailed as a hero after news cameras film him scaling a building, gun in hand, to capture a pair of unlikely snipers. Shortly thereafter the inspector begins to receive cryptic messages in verse from someone challenging him to a treasure hunt. Intrigued, he accepts, treating the messages as amusing riddles–until they take a dangerous turn.