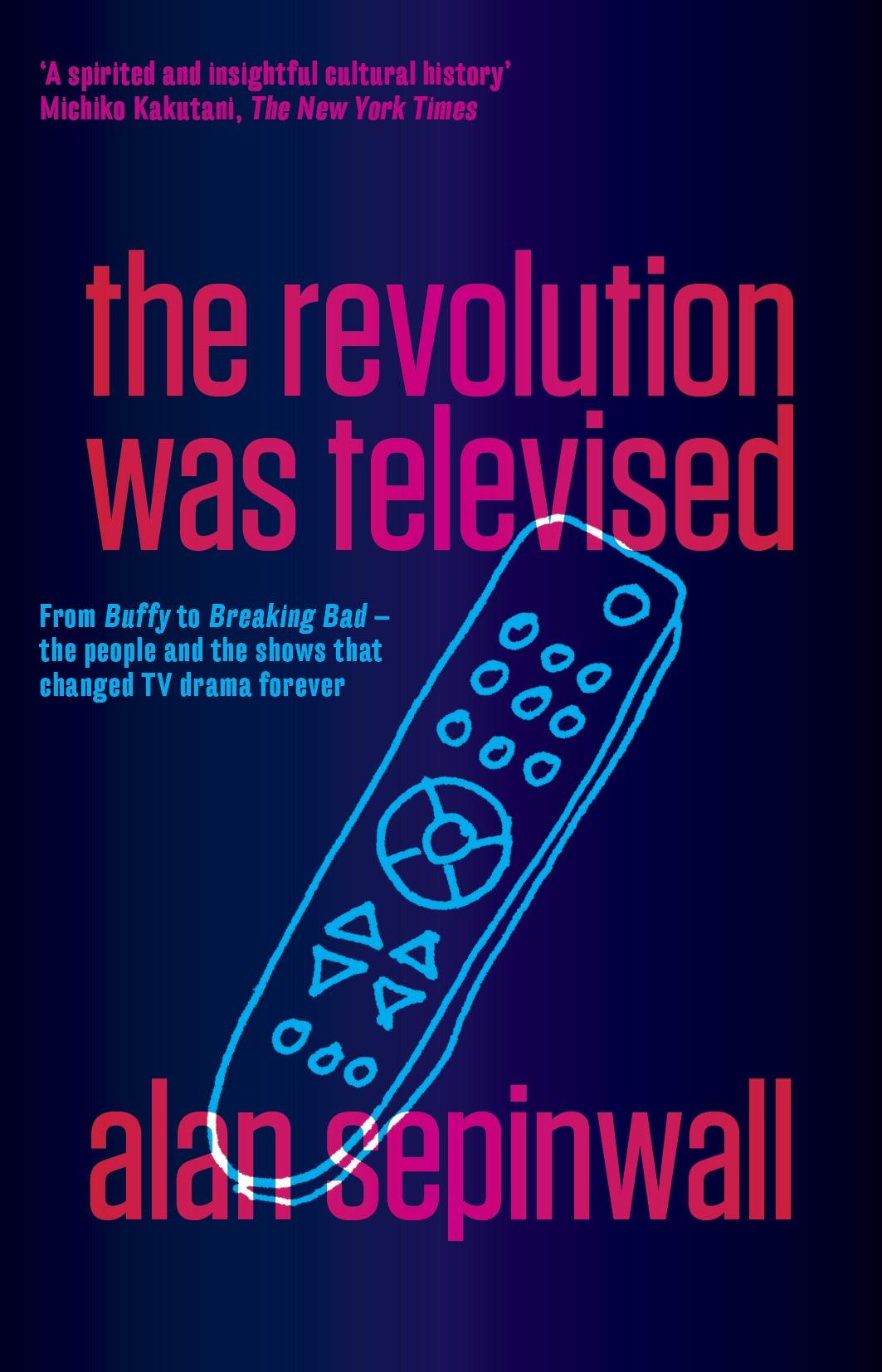 In The Revolution Was Televised, celebrated TV critic Alan Sepinwall chronicles the remarkable transformation of the small screen over the past fifteen years. Focusing on twelve innovative television dramas that changed the medium and the culture at large forever: The Sopranos, Oz, The Wire, Deadwood, The Shield, Lost, Buffy the Vampire Slayer, 24, Battlestar Galactica, Friday Night Lights, Mad Men and Breaking Bad, Sepinwall weaves his trademark incisive criticism with highly entertaining reporting about the real-life characters and conflicts behind the scenes.
Drawing on interviews with writers David Chase, David Simon, David Milch, Joel Surnow and Howard Gordon, Damon Lindelof and Carlton Cuse, and Vince Gilligan, among others, along with the network executives responsible for green-lighting these groundbreaking shows, The Revolution Was Televised is the story of a new golden age in TV, one that’s as rich with drama and thrills as the very shows themselves.

In the world of online TV recapping, Alan Sepinwall is not just a pioneer, he’s a god. Sepinwall has been writing about TV for almost 20 years and was pivotal in bringing the practice of TV recapping into the mainstream. His popular blog, What’s Alan Watching, currently recaps up to 15 television shows per week.

In his book The Revolution Was Televised, Sepinwall combines his passion and extensive knowledge of the industry to create a brilliant cultural history of the last 15 years. He shows how TV has evolved from the poor cousin of cinema to become a medium that now features the most exciting acting, screenwriting and directing work of recent times.

Sepinwall focuses on the 12 TV dramas he believes have been the most influential in the television revolution – Oz, The Sopranos, The Wire, Deadwood, The Shield, Lost, Buffy the Vampire Slayer, 24, Battlestar Galactica, Friday Night Lights, Mad Men and Breaking Bad. He explains the importance of each and examines their iconic characters, particularly focusing on the reoccurring theme of the male anti-hero, from Tony Soprano to Jack Bauer, Don Draper to Walter White.

Each chapter is filled with fascinating stories of how the shows were created, cast and written. Sepinwall details exactly how unplanned the creative process can be (the writers of 24 describe their method as being ‘like driving at 65 miles per hour on the highway and you’re building the highway as you’re driving’). Some shows are revealed as having surprising origins. Deadwood, for example, was originally pitched as a series set in ancient Rome. There’s also the good – and bad – advice given along the way (Joss Whedon’s agent begged him not to work on a little TV show about a teenage vampire slayer).

The Revolution is Televised is a must-read for TV fanatics. It’s interesting, insightful and provides a genuine behind-the-scenes glimpse at the some of the greatest shows of our time. Obviously the more familiar you are with the TV being discussed, the better, but you don’t need to have watched all 12 shows to enjoy the book – in fact, reading it will no doubt provide you with a new-found enthusiasm to seek out one or two shows you’ve never watched before.