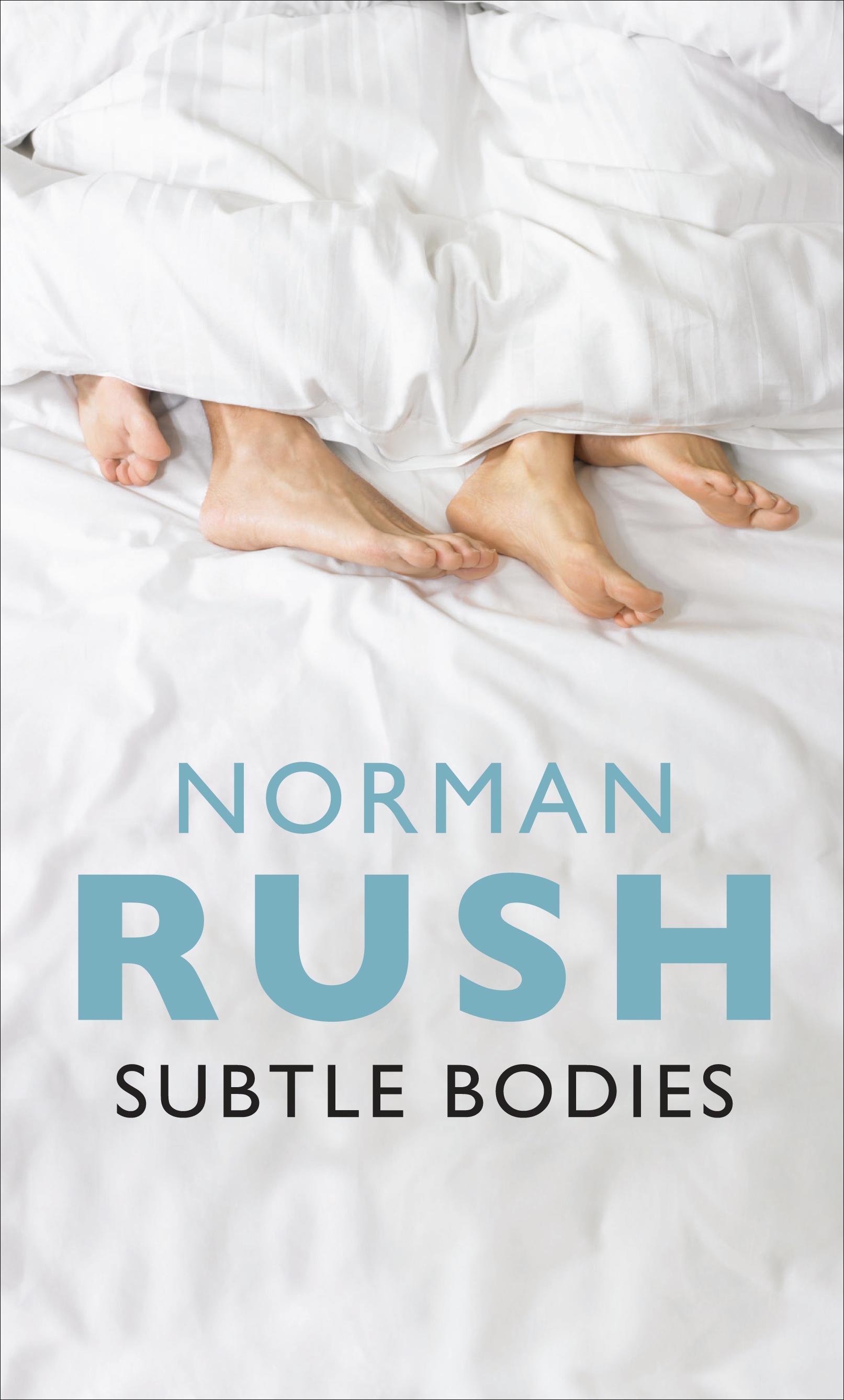 Ned and Nina are trying to conceive, so when Ned jets off with no notice to the funeral of Douglas, a mysterious friend from his student days, Nina follows him so they can have sex on time. Douglas was the ringleader of a fellowship of chums at NYU and Nina is baffled by the extraordinary hold the group - and Douglas in particular - have on Ned.
The novel explores the reconfiguring and reappraisal of the clique following Douglas’s tragic death. Subtle Bodies asks why we make the friends we do, why we keep them and how we make sense of our personal histories. It is a wise, funny and keenly observed portrayal of shifting relationships and new truths emerging from old certainties. Like all of Rush’s work it embodies the dictum ‘fiction is truth told excessively and beautifully’. It is a warm-hearted and pitch-perfect master class in the art of the novel.

Ned, a California anti-war activist, and his wife Nina are trying to conceive – he is 48, she is 37, and the clock is ticking. When Ned, without warning, travels to upstate New York for the funeral of his eccentric college friend Douglas, the only way for them to have sex on schedule is for the furious Nina to secretly pursue him there. At Douglas’s mountain estate Ned is reunited with his old friends, the once-anarchistic group of self-described ‘wits’ now staring down the barrel of old age. As the group struggle to process the death and over-the-top funeral of their friend, they’re confronted by questions of group loyalty, the paths their lives have taken, and their own vanities and insecurities.

Norman Rush’s fourth novel, his first in ten years, is also his shortest – but while many books benefit from brevity, there’s a lack of narrative tension in Subtle Bodies, with Rush’s trademark focus on smaller character explorations leaving several scenes and plot points as little more than amusing detours. Set in early 2003, the book contains several arguments between Ned and his friends on the invasion of Iraq – Ned is organising nationwide protests, convinced he can prevent the war. It’s difficult to determine Rush’s motivation for doing this – Ned’s doomed passion is poignant but his rhetoric largely muted a decade on.

The book’s biggest strength, however, is Rush’s skill with language – he writes with a lyrical, conversational tone that is bright and playful. Nina, Ned and his friends are all fond of wordplay, calling bouncers ‘excorts’ and graffiti writers ‘ulterior decorators’, and inserting Nina into Ned’s close-knit group allows for some sparkling observations of character. It’s these intimate, ‘subtle’ moments where Rush really shines.