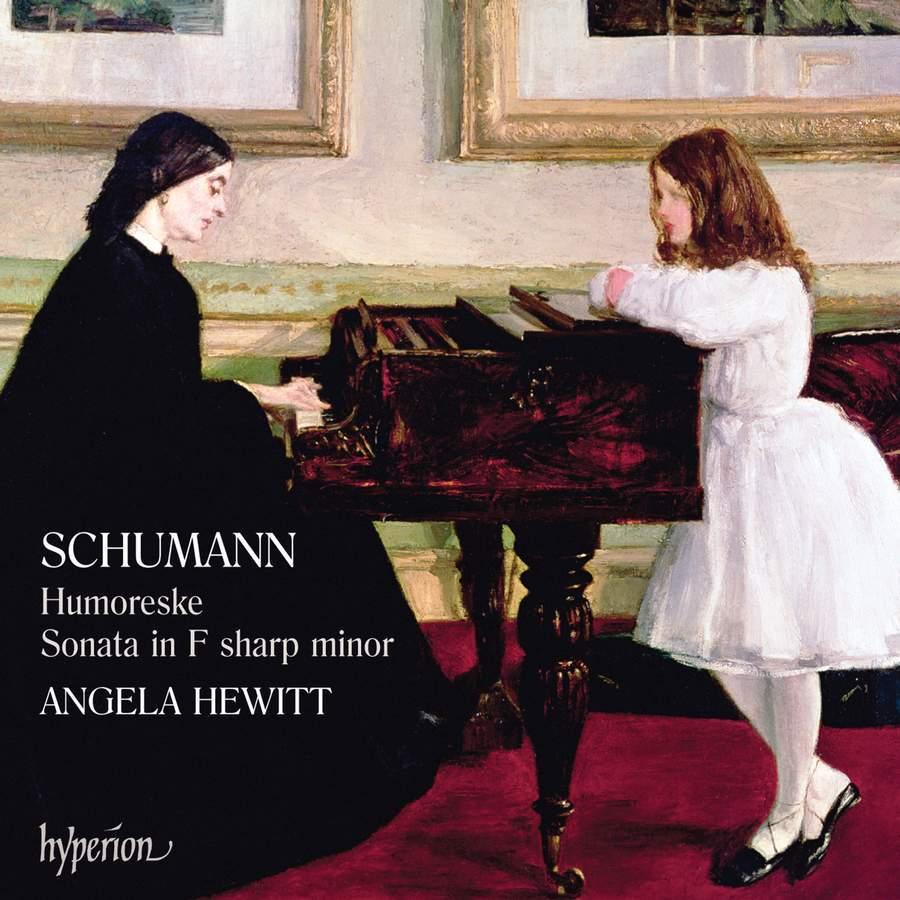 Angela Hewitt’s Schumann performances in the concert hall have been praised for their ‘urgency, jubilation and introspection' and ‘power and finesse'. Now for the first time she has recorded two of his greatest piano works for Hyperion. Her clean, thoughtful, incisively musical playing which nevertheless allows a flow of passion to be released is perfectly suited to this music.
The Sonata in F sharp minor Op 11 was described by the composer to his beloved Clara Wieck as ‘a cry from my heart to yours'. From the arresting opening to the bouncing Allegro vivace of the first movement and through to the majestic, orchestral-sounding finale, Clara’s imprints are everywhere in the work and Angela Hewitt traces this influence in her scholarly yet deeply personal booklet notes. Humoreske in B flat major was also written for Clara, and is a study of changing and ambiguous moods, melancholy tempered with tenderness, interspersed with dazzling bravura moments including one of the most difficult passages in all his piano works-a breathtaking emotional tour de force.
$9.99Add to basket ›