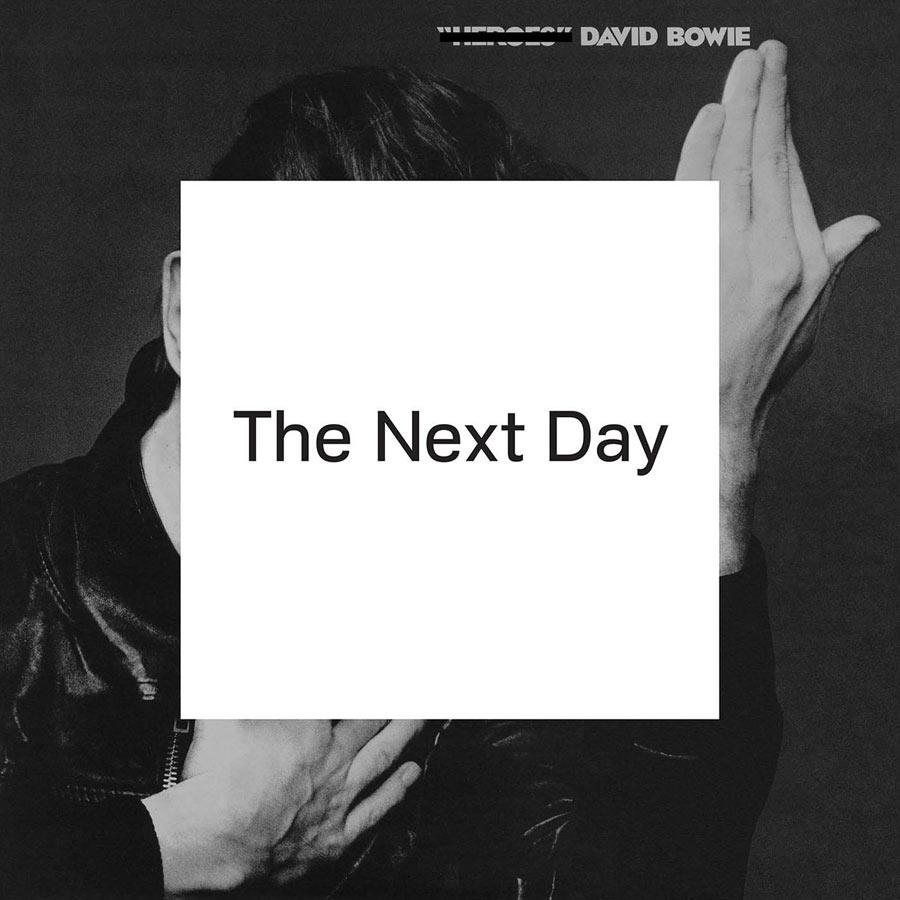 On his 66th birthday, David Bowie announced the release of his 30th studio release The Next Day, The album was produced by Tony Visconti and written by Bowie in New York.
The lead single is Where Are We Now?, with a video directed by Tony Oursler.
Track Listing:

A while back, word had spread that a new David Bowie single had hit YouTube. Was this a one-off? Was an album on the way?

I knew he had suffered a heart attack a while back and had ‘retired’ from music, only to be seen walking around New York as an interested observer. Well, you can’t keep a rock god down, or so they say.

Over the last two years Bowie has written and demoed many songs and the result is The Next Day. The single ‘Where Are We Now?’ is a journey to the places and images of his past (accompanied by a wonderful film clip). This song, though, is the only one that really looks back. All the others are observations or inspired by books; the title track is one such song, influenced by medieval English history.

The mix of fast and slow tempos is exactly what you want from a Bowie album, and that voice is as haunting and commanding as ever. The Next Day sees the Thin White Duke as far from spent.

Welcome back – we missed you.

END_OF_DOCUMENT_TOKEN_TO_BE_REPLACED

Nothing Has Changed (The Best Of Bowie)

This is Laura's fourth album - an achievement in itself for a 23 year old, the remarkable nature of her talent and career being underlined by the 2011 Brit Award for Best British Female Solo Artist, the two Mercury Music Prize...

Trouble Will Find Me

Trouble Will Find Me is the sixth studio album for the Brooklyn band, and follows 2010's High Violet. The album is the most self-assured collection of songs produced by The National in its 14 year career.

Random Access Memories is Daft Punk's first studio album in 8 years. Daft Punk's 4th album, the follow up to 2005's Human After All is already the most anticipated album of 2013.

On his 66th birthday, David Bowie announced the release of his 30th studio release The Next Day, The album was produced by Tony Visconti and written by Bowie in New York.

On his 66th birthday, David Bowie announced the release of his 30th studio release The Next Day, The album was produced by Tony Visconti and written by Bowie in New York.