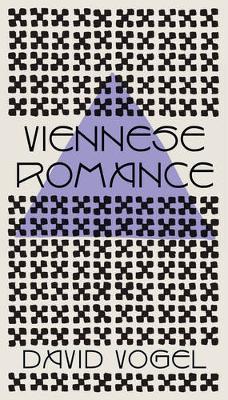 Literary Israel was abuzz when the untitled manuscript of this previously unknown novel was discovered in 2010 in the Vogel archives in Tel Aviv. Experts have since come to believe that David Vogel began working on it between 1912 and 1925 in Vienna, and continued later in Paris.
Michael Rost, an 18-year-old Jewish youth hungry for experience, comes to Vienna and forms passing relationships with everyone who crosses his path: whores, revolutionaries, paupers, army officers, and rich men who frequent cabarets and gambling dens. When Peter Dean, a shady businessman, takes the penniless Rost under his wing, he rents a room in the home of an affluent bourgeois family. He is seduced by the lady of the house, Gertrude, while her husband is away on business, and shortly after starts an affair with her 16-year-old daughter as well.
This love triangle threatens to destroy the entire family, and when the master of the house returns home, Rost is forced to move out. In his new lodgings, his loneliness, his nocturnal wanderings, and his casual romantic encounters become second nature. Some twenty years later, he moves to Paris, drifts around between prostitutes and occasional love affairs, impoverished by gambling and yet unable to find a home.
As in the work of Vogel’s contemporaries, the mesmerising figure of Michael Rost reflects the tortured relationship between cosmopolitan Jewish intellectuals and early-20th-century Europe.

In 2012, poet and novelist David Vogel posthumously set the Israeli literary world alight with his unpublished manuscript, Viennese Romance. Scribed on 15 large sheets of paper in tiny writing, it was uncovered during a search for Vogel’s 1934 novella, Facing the Sea. Most likely written in the 1920s, it is the latest of his works to be translated for the English-speaking world.

The protagonist of Viennese Romance is 18-year-old Michael Rost, a Russian-Polish Jew who arrives in Vienna with no money or direction. In the smoke-filled cafes and bars, he soon finds himself in the company of aristocrats, artisans and actors, all of whom have Woody Allen-style obsessions with philosophy, despite Rost’s own disengagements. ‘In my opinion most men of action invest themselves in activity itself, in order to save themselves from the boredom and emptiness of doing nothing, and the goal incidental … How do you intend to live?’ asks the man who later becomes Rost’s patron.

The novel is also an account of Vogel’s sexual awakening. In Vienna, Vogel himself had an affair with his landlady and his landlady’s daughter. Here the women are fictionalised as Gertrude, a woman whose loneliness and near-obsession with Rost is born out of ‘existing in a state of constant thirst, forever unsatisfied’, and her 16-year-old daughter Erna, who although initially wary of Rost’s involvement with her mother, later only wishes to ‘hide her hand in [Rost’s] forever; to be buried inside him, reduced to a tiny, distant dot at the core of his being’. Each woman is acutely drawn, and in this arena Vogel’s observations are deeply felt.

Vogel later died in Auschwitz. Viennese Romance is a seminal addition to the secular Hebrew canon, providing vital insight into the history of the Jewish diaspora. Along with its author, it must not be forgotten.

Nicole Lee is a freelance reviewer.