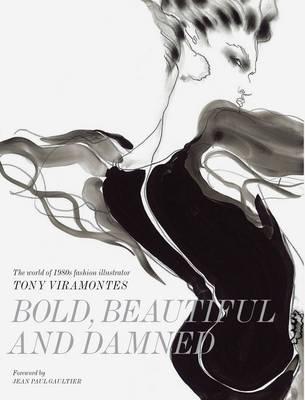 When Tony Viramontes' work appeared in the late 1970s, his hard and direct style of drawing was a marked contrast to the prevailing soft-pastel school of fashion illustration. He scored immediate success, rapidly acquiring the kind of prestigious editorial commissions normally given to photographers, from Lei , Per Lui in Italy, Vogue in the USA, The Face in Britain, and Le Monde and Le Figaro in France.
This beautiful hardback book brings together an extensive collection of his work, featuring striking images of smouldering and smoky-eyed men and women who vibrate with New Wave energy. Viramontes worked with some of the most celebrated names in fashion including Yves Saint Laurent, Valentino, Chanel, Claude Montana and Christian Dior. His images, from the portraits of Paloma Picasso and Isabella Rossellini to the album covers he conceived for Arcadia and Janet Jackson, perfectly capture the mood of the 1980s club and fashion scene.
$59.95Add to basket ›