The Infernal Devices 3: The Clockwork Princess 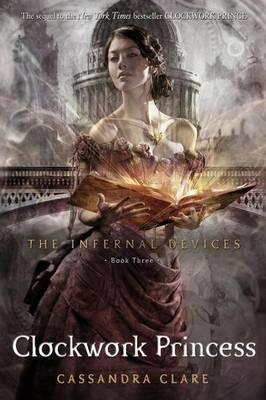 The Infernal Devices 3: The Clockwork Princess

If the only way to save the world was to destroy what you loved most, would you do it? The clock is ticking. Everyone must choose. Passion. Power. Secrets. Enchantment. Danger closes in around the Shadowhunters in the third and final instalment of the bestselling Infernal Devices trilogy. This book will be subject to a strict global embargo. Don’t miss The Mortal Instruments: City of Bones , soon to be a major motion picture, in cinemas August 2013. The Infernal Devices and its sequel series, The Mortal Instruments , have been sold in more than thirty countries. The books have also appeared internationally on bestseller lists, including in the UK, USA, Germany, Ireland, Australia, New Zealand and Canada. This is the first book in The Infernal Devices series, Clockwork Angel , debuted at number one on the New York Times Bestseller list and spent ten weeks in the charts. Backlist - The Mortal Instruments series includes: City of Bones (9781406307627), City of Ashes (9781406307634), City of Glass (9781406307641), City of Fallen Angels (9781406330335), and, City of Lost Souls (9781406337600). The Infernal Devices series includes: Clockwork Angel (9781406330342) and Clockwork Prince (9781406321333).