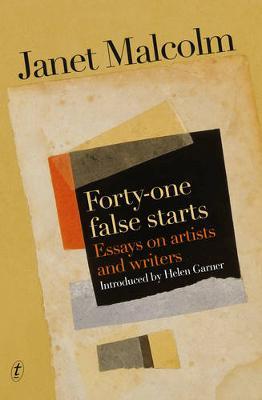 Forty-One False Starts is a brilliant collection of essays from one of the world’s great writers of literary non-fiction.

Janet Malcolm, writes David Lehman in the Boston Globe, ‘is among the most intellectually provocative of authors, able to turn epiphanies of perception into explosions of insight.‘

The essays, many of which first appeared in the New Yorker and the New York Review of Books, reflect Malcolm’s preoccupation with artists and their work. Her subjects are painters, photographers, writers, and critics. She delves beneath the “onyx surface” of Edith Wharton’s fiction, appreciates the black comedy of the Gossip Girl novels, and confronts the false starts of her own autobiography.

As the Guardian has said, 'Her books bring a gimlet-eyed clarity to often fraught and complicated subjects and are so lean, so seamless, so powerfully direct, they read as if they have been written in a single breath.’

In a lovely essay on J.D. Salinger in her new book, Janet Malcolm quotes a dismissively ironic review by Arthur Kazin. ‘Some day’, Kazin wrote, ‘there will be learned theses on The Use of the Ash Tray in J.D. Salinger’s Stories. No other writer has made so much of Americans lighting up.’ Kazin’s observation is spot on, but his irony, as Malcolm reveals, is misplaced. Rather than being some mere reality effect or narrative padding, the cigarette, Malcolm suggests, offers the writer, ‘a great range of metaphoric possibilities’. Cigarettes ‘have lives and deaths. They glow and they turn to ashes. They need attention. Others threaten to burn the smoker’s fingers.’

This is a moment characteristic of Malcolm’s astuteness, an attention to detail not for its own sake but for the resonance detail evokes – the hidden metaphoric possibility. Malcolm is a fine literary critic and journalist, but she would have made an equally impressive detective or psychoanalyst, for whom such detail counts as evidence in a bigger picture.

For Malcolm, the bigger picture is always the question of character. On visual art she is competent, but it is the characters, behind and within the work, that she is really interested in. This fascination, which is psychoanalytic in nature, is strikingly revealed in the opening essay, ‘Forty-One False Starts’, about the American painter David Salle. The essay, as the title suggests, begins and begins again. It approaches and retreats, cumulatively building a portrait of the artist in much the way a painting is made, by addition and subtraction. It is both an accumulation of material gestures and an excavation. Attuned to the invisible and the unacknowledged, the successful portrait, Malcolm proves, is a paradox. It is both a material presence and a type of space through which something revelatory and otherwise unseen shines through. 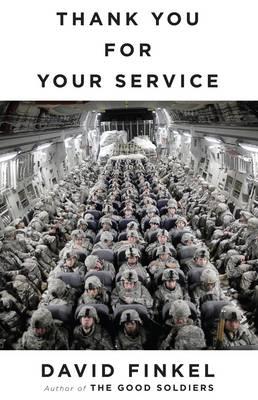