A Most Peculiar Act 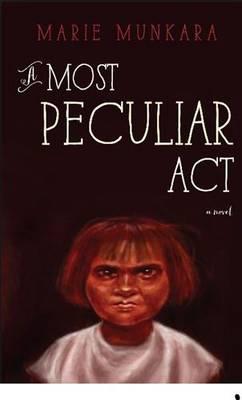 A Most Peculiar Act

The story follows the trials and tribulations of Sugar, a 16 year-old Aboriginal fringe-camp dweller. Set in Darwin during the Japanese bombing raids, we meet characters such as: Horatio Humphris (Horrid Hump), Chief Protector of Aborigines, teetotaller and 42 year old virgin; Ralphie Brown, who has the unedifying honour of being the only public servant to ever be sacked; Drew Hepplewaite, redneck racist and female patrol officer armed with balls of steel; and the Administrator’s wife, Penelope, who has a fetish for anything oriental. Then there’s Sugar’s mate Nig Nog, who teaches Sugar a few useful tricks of the  trade  while they do time at the Half-Caste Compound; Fuel Drum’s suspicious death at the hands of his six-month-old granddaughter, Honey; and Horseshoe with his wayward and slutty wife, Brumby.
With the Aboriginal Ordinances Act and the ‘White Australia’ policy set as a backdrop, Sugar’s resistance to assimilation and the attempts by Horrid Hump and his henchmen to enforce it becomes a protracted battle that ends at the Christmas party from Hell. Interspersed with illicit affairs, stolen children, leprosy and  fucking foreigners, this story sees Sugar and her oppressors finally meet on a level playing field that none of them ever expected - a Japanese bombing raid.
$24.95Add to basket ›