An Archaeology of Architecture: Photowriting the Built Environment 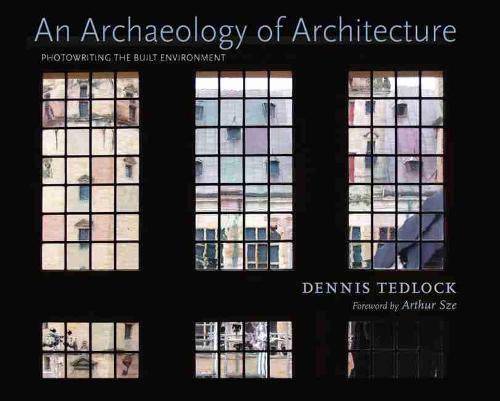 An Archaeology of Architecture: Photowriting the Built Environment

Page by page, this book takes us on a journey through the built world that ranges from Greece to Guatemala and from New York to San Francisco. Tedlock practices what he calls photowriting, a creative process that brings photographer and writer together in the same person. It may be true enough that a photograph can show more than words can say, but it is equally true that words can say more than a photograph can show. A third space opens up in the middle, where the viewer-reader can look back and forth between image and text at will. Tedlock looks at the built world with the eye of an archaeologist and ethnographer. His long experience as a fieldworker has made him acutely aware of the ways in which buildings are continuously altered by human actions and natural forces. Anthropology assigns ruins to archaeology and structures currently in use to ethnology, but Tedlock reminds the viewer that an occupied building bears marks of the same processes that produce archaeological remains. As he puts it, Whenever I look around at the worlds humans build for themselves, I see archaeology in the making.