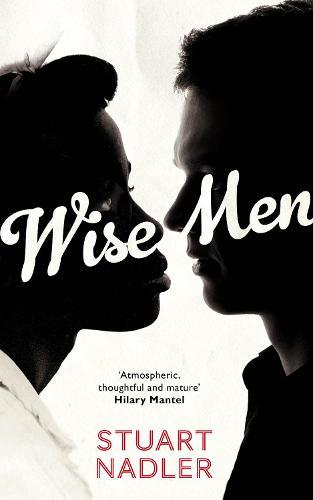 A sweeping American novel about race, love, family and money set in the last half of the twentieth century Hilton Wise is the son of one of the most powerful and wealthy lawyers in the United States. When he falls for Savannah, a young black girl he meets on Cape Cod during the summer of 1952, he has no idea that his passion for her will lead to the exposure of his father’s deepest secrets. The result will shatter his family, and hers. Years later, unable to forget, Hilton abandons his comfortable life on the east coast and sets out to find Savannah. But as he struggles to right the wrongs he set in motion he comes to realize that forgiveness doesn’t have a price. Set in the last half of the twentieth century, years that changed America for ever, Wise Men is a sweeping story about love and regret, about the crushing weight of familial obligation, and about the difficulty of doing the right thing in an unjust world.

Arthur Wise epitomises the great American bluff – where arrogance is ‘often mistaken for the genuine artifact: skill or competence’. A loudmouth lawyer obsessed with wealth and full of disdain for any moralising argument, he becomes obscenely rich on the back of a crashed Boston Airways jet. Wise catapults from borderline poverty to dining with presidents, from fifties ‘new money’ to becoming friends with the powerful and elite.

It’s unsurprising then that his son Hilton ‘Hilly’ Wise rejects his dirty money and tries to carve out a life for himself. The key ingredient for this is what Hilly later calls the ‘race beat’. Moving from New Haven at the age of 17 to a prestigious beach house in Cape Cod, Hilly falls for Savannah, the young black girl whose uncle is the family’s housekeeper. But is this just another tale of forbidden love? No. What happens here is quick and drives the rest of the book, and Nadler has no qualms about ripping the rug of expectations from under you. The plot turns like a curve ball, at times to great effect, at others less so.

A story in three parts, with 20-odd intervening years between each, it is narrated by Hilly in his old age. While the swift death of characters is sometimes a relief in fiction, it’s frustrating to jump ahead and leave details unresolved. The expectation is that they will all come out in the wash at the end. By and large they do, but the narrative harness tightens occasionally, giving you a sense of running against the wind.

Regardless, Nadler’s first novel is very much like a Seurat painting, where the whole puzzle locks into focus at some point. In this case it’s the last page, where Marilynne Robinson’s epigraph also becomes most poignant: All love is in great part affliction. This is much more than race and wealth; it’s about men and taste.

Luke May is a freelance writer.

The Kalahari Typing School For Men