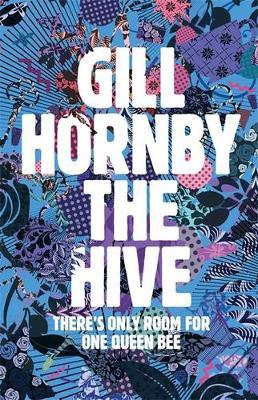 Welcome to St Ambrose Primary School. A world of friendships, fights and feuding. And that’s just the mothers.
It’s the start of another school year at St Ambrose. But while the children are in the classroom colouring in, their mothers are learning sharper lessons on the other side of the school gates. Lessons in friendship. Lessons in betrayal. Lessons in the laws of community, the transience of power … and how to get invited to lunch.
Beatrice - undisputed queen bee. Ruler, by Divine Right, of all school fund-raising, this year, last year and, surely, for many years to come. Heather - desperate to volunteer, desperate to be noticed, desperate just to belong. Georgie - desperate for a fag. And Rachel - watching them all, keeping her distance. But soon to discover that the line between amused observer and miserable outcast is a thin one.
The Hive is an irresistible, brilliantly observed novel - warm, witty and true. Wickedly funny, it is also a fascinating and subtle story about group politics and female friendship.
From the joys and perils (well, mainly perils) of the Lunch Ladder, to the military operation that is the Car Boot Sale, via the dos and don'ts of dressing your child as a dalek, all human life is here.

The hype around Gill Hornby’s The Hive has set the publishing world abuzz (pun intended). The novel is a social comedy that focuses on a year in the life of a small English primary school and its main powerbrokers – the mothers.

There is of course a complex social network of characters. Bea (short for Beatrice) is the Queen Bee in the school hierarchy, and the chair of the fundraising committee. Until now, Rachel had always been her offsider, but recently separated from her husband, Rachel finds herself abandoned by Bea and forced to watch from the sidelines. Heather, previously dowdy and overlooked, is swept up by Bea and her crowd, made-over, included in the daily exercise regime and awarded the role of secretary of the committee. Heather increasingly becomes Bea’s PA: running errands for her, picking up and feeding her children, and pandering to her every need.

This particular school year brings three newcomers. One is the dishy school principal, Mr Orchard. Another, Melissa, is described by Rachel as ‘the promising newbie’. And then there’s Deborah Green (‘call me Bubba’) – the main threat to Bea – who introduces herself to the group: ‘We’re so glad we chose St Ambrose. Perfect. Gad. The private sector! Escapees. Never again.’ Bubba volunteers for the committee and makes prolific suggestions based on her self-proclaimed extensive experience in marketing and PR. Needless to say, this incurs the wrath of Bea, who plots Bubba’s downfall.

Who will triumph as Queen, and will poor Mr Orchard survive the year? If you’ve ever been entertained by schoolyard politics, this lighthearted winter read is for you. Hornby has four children herself and was inspired by Rosalind Wiseman’s Queen Bees and Wannabees, a book that looks at the relationships between teenage girls. She felt the dynamics were equally applicable to playground mums. The Hive is an easy, enjoyable read peppered with humorous insights into parenting, friendships, marriages and small communities.

Annie Condon is a bookseller at Readings Hawthorn and a convenor of Readings’ Contemporary Book Club.