In the Memorial Room 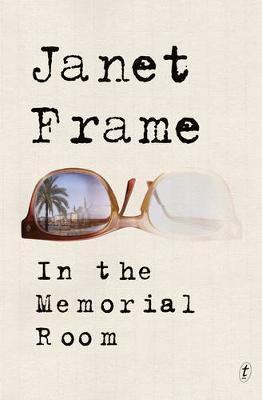 In the Memorial Room

Harry Gill, a moderately successful writer of historical fiction, has been awarded the annual Watercress-Armstrong Fellowship-a ‘living memorial’ to the poet, Margaret Rose Hurndell. He arrives in the small French village of Menton, where Hurndell once lived and worked, to write. But the Memorial Room is not suitable- it has no electricity or water. Hurndell never wrote here, though it is expected of Harry.
Janet Frame’s previously unpublished novel draws on her own experiences in Menton, France as a Katherine Mansfield Fellow. It is a wonderful social satire, a send-up of the cult of the dead author, and- in the best tradition of Frame- a fascinating exploration of the complexity and the beauty of language.

Given that the history of posthumous publishing has not always ended happily, one might be excused from feeling a sense of trepidation as they approach the latest release by New Zealand writer Janet Frame. Yet, according to a brief note in the introductory pages, Frame always intended for In the Memorial Room to be published after her death, so that any comparisons between real-life persons and unflattering character portraits might be avoided.

Written during Frame’s stay in France in the mid-1970s, the novel is a fictional account of her experiences as the Katherine Mansfield fellow. It is at once social satire and full of black humour. Yet it also, like the best of Frame’s work, explores that delicate, untraceable line between sanity and insanity.

The story follows Harry Gill, the recipient of the Watercress-Armstrong Fellowship, a ‘living memorial’ to the writer Margaret Rose Hurndell. After he arrives in the small French village of Menton, he discovers that this ‘memorial room’ is a rather unsuitable place to work – small, with tiny windows, no real facilities and a severe air of desolation. Amid the inconveniences of finding more appropriate accommodation, Harry also finds himself carefully navigating his way around Hurndell’s in-laws, the founders of the fellowship, and battling an acute spell of deafness.

Without question, In the Memorial Room captures Frame’s own particular awareness of the universe around her. As a reflective journal, it gives the reader a beautiful window into the author at work. And while the end may leave some without a real feeling of resolution, Frame’s amusing fish-out-of-water story doesn’t actually need any explanation, for it explores not only the writer’s condition, but also the human one.