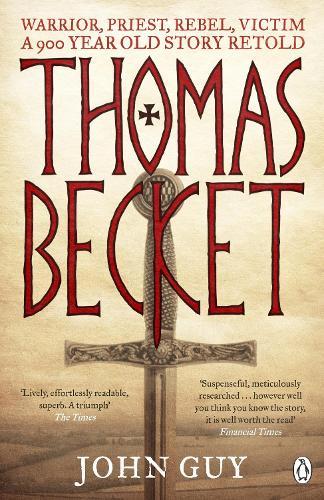 One of our most acclaimed and successful historians brings a colossal figure of British history vividly to life This is the man, not the legend … Thomas Becket lived at the centre of medieval England. Son of a draper’s merchant, he was befriended and favoured by Henry II and quickly ascended the rungs of power and privilege. He led 700 knights into battle, brokered peace between warring states and advised King and Pope. Yet he lost it all defying his closest friend and King, resulting in his own bloody murder and the birth of a legend. In John Guy’s masterful account the life, death and times of Thomas Becket come splendidly alive.