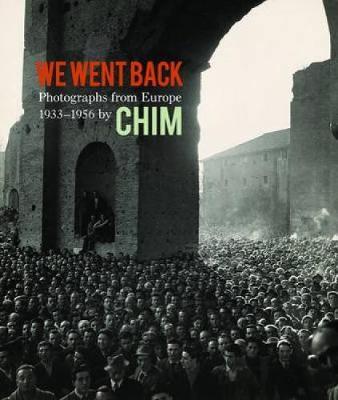 Born Dawid Szymin in Warsaw, Chim began his career in the early 1930s photographing for leftist magazines in Paris. In 1936, one of these magazines, Regards, sent him to the frontlines of the civil war in Spain, along with comrades Robert Capa and Gerda Taro.
Although war formed the backdrop of much of his reportage, Chim was an astute observer of twentieth-century European politics, social life, and culture, from the beginnings of the antifascist struggle to the rebuilding of countries ravaged by World War II. Like millions of other Europeans, Chim had suffered the pain of dislocation and the loss of family in a concentration camp. His profound empathy for his subjects is evident in his post-war work on child refugees.
In this volume, Chim emerges as both a talented reporter and a creator of elegant compositions of startling grace and beauty. The book features essays that place Chim’s work within the broader context of 1930s - 50s photography and European politics. It contains 250 illustrations, tearsheets, and personal documents, much of which are drawn from the holdings of the International Center of Photography in New York and private collections.
$49.99Add to basket ›

END_OF_DOCUMENT_TOKEN_TO_BE_REPLACED

When: The Scientific Secrets of Perfect Timing

The Art of Noise

The Map Tour: A History of Tourism Told Through Rare Maps