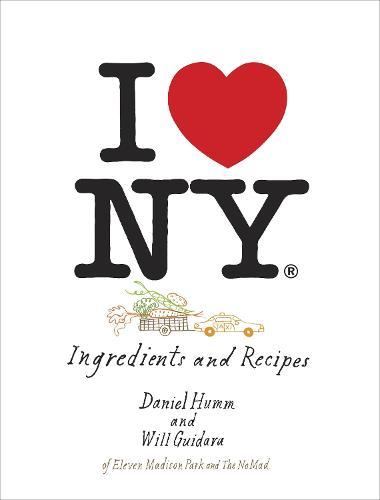 From the acclaimed team behind Manhattan’s three-Michelin-starred Elven Madison Park restaurant comes this deluxe cookbook showcasing the foods, ingredients, and culinary history of New York. After landing rave reviews for Eleven Madison Park from New York’s fickle food media, chef Daniel Humm and Will Guidara made a bold decision- to refashion Manhattan’s ultimate destination restaurant into a showcase for New York’s food artisans. Instead of looking abroad for inspiration, Daniel and will headed to their own backyards, exploring more than 50 farms in the greater New York area and diving into the city’s rich culinary heritage as a cultural melting pot. I Love New York presents an in-depth look at the region’s centuries-old farming traditions and outstanding ingredients, which are showcased in innovative reinterpretations of New York dishes like smoked fish and oyster pan roast. This unique ode introduces the concept of New York regional cuisine as it celebrates the bounty of this exceptional city.

END_OF_DOCUMENT_TOKEN_TO_BE_REPLACED

The Garden at Stonefields