Life Was Cool Until You Got Popular 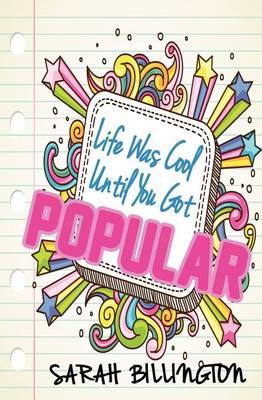 Life Was Cool Until You Got Popular

Thirteen year old Kaley’s best friend Jules is an alien clone. That has to be it. Because Jules wouldn’t dress like that or act like that…and she definitely wouldn’t be friends with Meg-a-bitch. Kaley can’t wait to start at her new school with her best friend Jules. Jules was away in Europe all summer (worst summer of Kaley’s life!) But it’s cool, now school is starting and everything is going to be awesome. However as the school bus pulls up on that first day, Kaley barely recognizes the silky hair and glossy lips as Jules gets off with the cool kids and with their arch-nemesis Meg, the popular girl (God only knows why) who made Kaley and Jules’s lives miserable in elementary school. In Europe, Meg had somehow won over Kaley’s best friend and Kaley finds herself frozen out. LIFE WAS COOL UNTIL YOU GOT POPULAR is a first person MG told through Kaley’s eyes, chronicling the initial pain and incomprehension of what happened to destroy their friendship. But that doesn’t last long. Kaley decides that underneath the bleached blond clone with the personality transplant, Jules is still in there. Somewhere. And she is going to get her best friend back!