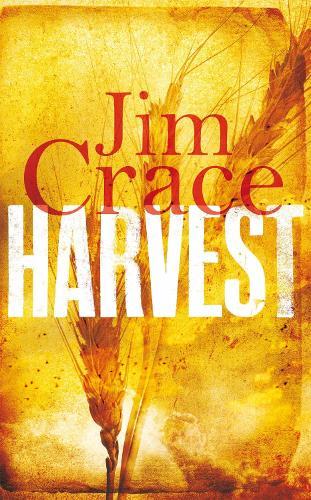 Jim Crace’s biggest novel since Being Dead draws once more on his genius with landscape and myth, to create a lost and bewitching English world.
As late summer steals in and the final pearls of barley are gleaned, a village comes under threat. A trio of outsiders - two men and a dangerously magnetic woman - arrives on the woodland borders and puts up a make-shift camp. That same night, the local manor house is set on fire.
Over the course of seven days, Walter Thirsk sees his hamlet unmade: the harvest blackened by smoke and fear, the new arrivals cruelly punished, and his neighbours held captive on suspicion of witchcraft. But something even darker is at the heart of his story, and he will be the only man left to tell it…
Told in Jim Crace’s hypnotic prose, Harvest evokes the tragedy of land pillaged and communities scattered, as England’s fields are irrevocably enclosed. Timeless yet singular, mythical yet deeply personal, this beautiful novel of one man and his unnamed village speaks for a way of life lost for ever.

Harvest is a slow-burner of a book that sneaks up and surprises you. There’s ‘witchery about’ but I think that’s more to do with Jim Crace’s sorcery with words than anything else.

Starting off as a quiet meditation on ancient village life, the rituals of the annual crop harvest are laid out. The novel becomes more gothic as we get further into it, with civil manners and neighbourly thoughtfulness covering up acts of shockingly careless brutality. There are men given rough village justice – sent to the pillocks for seven days with their bodies bent over and their hands and heads locked into place – all for the crime of being in the wrong place at the wrong time. Children are pronounced witches and taken from their kin. Neighbours turn on neighbours. Mob rules. It takes just a single week for an entire thriving, comfortable village to become an empty, dry husk.

On a thematic and environmental level, we can see the seeds of the modern world sown in those ancient times, when crops made way for sheep and workers were damned, all in the name of progress and profit.

This book is as close to perfect as you get. Crace’s writing is so beautiful, so evocative, that I’m now gathering his entire backlist into my arms and reading through it. Expect to see this little gem appearing on all the major shortlists. An absolute beauty.