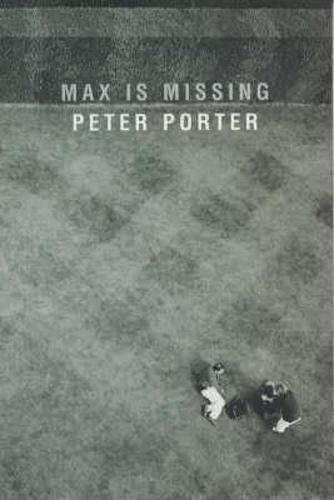 In my house his Collected Poems is to be found, not on the poetry shelves (between Pope and Pushkin), but on the kitchen sideboard. His is a voice I value and honour. I need its nourishment daily'-Martin AmisAn expatriate from Australia who has, like many with similar origins, digested more of Europe’s culture than many Europeans, his poetry has ranged through racy satires of 1960s London, scabrous versions of the poems of Martial, poems on Auschwitz and the Cold War, hauntingly tender and self-critical elegies for his first wife, who committed suicide, and elegant meditations on art, love, death and sex. His references are equally broad, from low culture to high. Witty, beautifully phrased and formed, ultimately moving this new collection shows him to be top of his form. He would be a good heavyweight to have on the poetry list and Robert Potts in the TLS once said that, without Peter Porter, ‘no poetry collection is complete’.

END_OF_DOCUMENT_TOKEN_TO_BE_REPLACED

Max is Missing is Peter Porter's first book of the new millennium, and an openly declared 'late work'.

In this new selection from the poetry of Lawrence Durrell (the first for thirty years), Peter Porter has drawn on the full range of the published work, from A Private Country (1943) to Vega (1973), and has provided a long overdue...