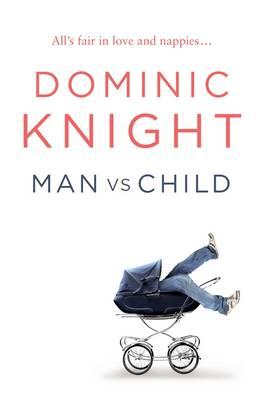 A witty, insightful romantic comedy, which draws on the author s experience of the comedy world, working in radio, and being immature and childless! For fans of David Nicholls, Ben Elton and Nick Hornby. Dan McIntyre isn t ready to settle down. As a stand-up comedian with a career that s taking off, it was easy to walk away from his girlfriend s ultimatum- comedy or kids. But now he’s starting to feel like he’s the last man standing while all his friends are switching socialising for baby wipes. Sure, his mates are still wide awake at 3am with a bottle in their hand but now it’s for a very different reason. Dan reckons he spends enough time with spoiled brats in his day job wrangling a breakfast radio duo known as Bry Dynamite and Silly Sally. He can’t understand why everyone’s giving up their social lives for creatures who express themselves through loud, irritating noises and bodily fluids. But at least it’s giving him material for a new comedy show, Man vs Child. Then Penny, the woman who broke his heart in high school, walks back into his life. She’s newly single, and wants to reconnect with her old pal from French class except now she has a one-year-old