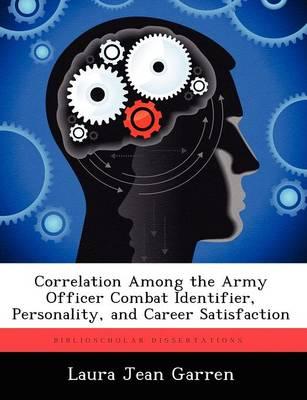 Retaining quality officers in today’s volunteer Army is critical. Personality should be considered during the selection process to assist in placing officers in a career branch suited to their character. The Army accessions board looks at several things when selecting a lieutenant for his or her initial branch. One thing overlooked during this process is personality. The senior leader in the officer-producing program will submits their impression of the lieutenant’s potential and recommends a career branch where they think the cadet will do well. This is the only time the lieutenant’s character is considered. Personality is the most overlooked detail in an officer’s selection for branch. Some personality types may be more successful in one career path over another. The correlation among personality temperaments and satisfaction within a combat identifier in the US Army is examined in this paper. Personality type is measured by the Myers-Briggs Type Indicator (MBTI). Retaining high quality career officers in the US Army may be enhanced if personality is considered when selecting career branch. Therefore if a correlation exists between success in a combat identifier and personality, considering personality as a factor of branch selection, increases the chance of success, career satisfaction and ultimately retention.