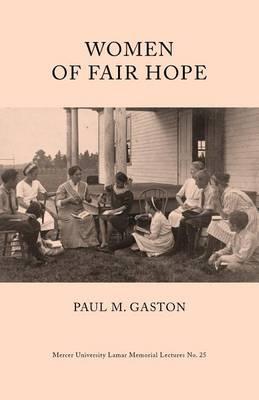 During the depression of the 1890s, a young Iowa newspaperman, indignant over the excesses of the Gilded Age, led a group of midwesterners to the eastern shore of Mobile Bay, where they established a model community based on the utopian ideals of Henry George. In Women of Fair Hope, Paul M. Gaston follows the dreams and achievements of three extraordinary women–an early feminist reformer, an educator, and a freed slave–whose individual desires to create a fairer, more equitable society led them to play important roles in the life of that community.