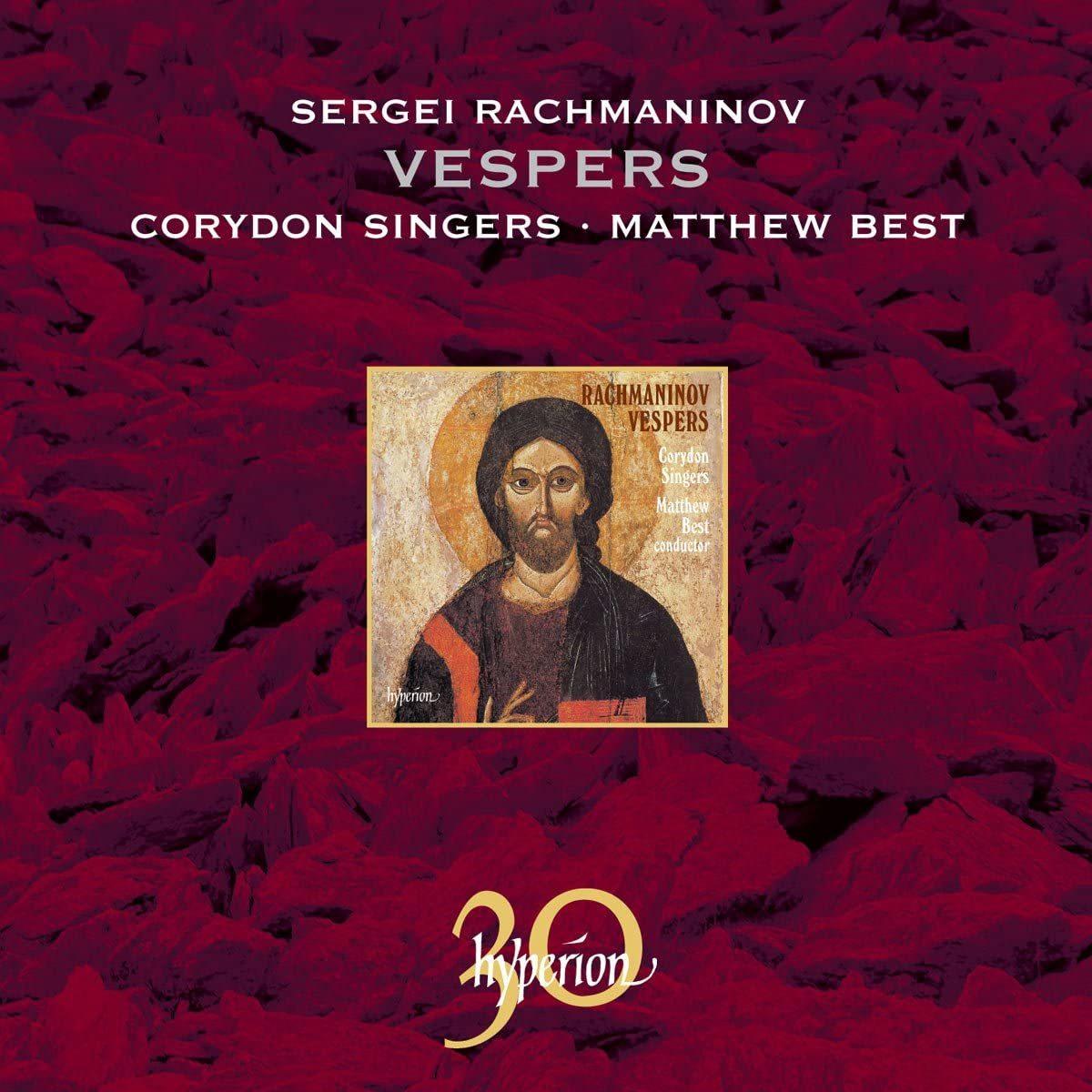 Although generally known as the ‘Vespers' in English, Rachmaninov’s great contribution to the history of Russian sacred music is, in fact, a setting of the services of Vespers, Matins and the First Hour as they are celebrated in the Russian Orthodox Church and known as the Vsenoshchnoe Bdenie, the ‘All-Night Vigil'. The services of Matins and the First Hour are those of the following day, sung directly after Vespers (which is begun approximately at sunset) ‘by anticipation'. This procedure is characteristic of the Russian rather than the Greek Church, since in the latter the Divine Liturgy is celebrated directly after Matins, served early in the morning. In cathedral and parish churches the Vigil is generally celebrated in an abbreviated form (lasting, nevertheless, for two hours or more) on Saturdays and the eves of major feasts - it is only in monasteries that it is celebrated fully, thus meriting its name.
Rachmaninov had always had a rather ambiguous relationship with the Church (this had to be overlooked when in 1903 he was married in church), but he was far from irreligious. The same, indeed, may be said of Tchaikovsky, whose legal victory over the publication of his own church music had opened the way for a great expansion of sacred composition in Russia. Church music and ritual had been of interest to Rachmaninov in more than one work: most obviously there is his interest in Russian church bells, particularly evident in his cantata The Bells, and in the ‘Dies irae' chant from the Latin rite, which appears in several works. Russian chant appears in the First Symphony as a means of generating thematic material, and also in the Symphonic Dances wherein he also quoted ‘Blagosloven esi, Gospodi' from his Vigil Service.
In 1890 Rachmaninov had written a motet, Deus meus, which constitutes his first essay in choral writing, and in 1893 came a sacred concerto, V molitvakh neusypaiushchuiu Bogoroditsu (‘The Mother of God, ever vigilant in prayer'). 1910 saw the completion of the work which was (apart from its own intrinsic musical worth) a technical preparation for the Vigil, the Liturgy of St John Chrysostom, Op 31. When the Vigil was completed - in a mere two weeks during January and February of 1915, when Rachmaninov was touring Russia with Koussevitsky giving concerts to support the war effort - what emerged was the culmination of a long tradition of Russian church music, and in particular of the development of ‘choral orchestration', something with which a number of composers connected with the Moscow Synodal School, such as Kastalsky and Chesnokov, had been concerned. Rachmaninov, however, outstrips them all in the enormous range of colour he summons from the choir, as also in the frequency with which he employs divisi passages in all the voices. The choral writing is thus truly of a virtuoso character, but all these technical devices are employed in the service of what one may call ‘liturgical expression'.
The Vigil is dedicated to the memory of the respected theorist and scholar Stepan Vasilevich Smolensky (1849-1909), who had been responsible for introducing Rachmaninov to the sacred repertoire at the Moscow Conservatory. The first performance was given on 10 March 1915 by the Moscow Synodal Choir under the direction of Nikolai Danilin, and it was extremely well received by both public and critics. It had to be repeated four times during that concert season, such was the demand to hear it again.
Nine of the fifteen sections of the work are built on chant drawn from the various repertoires of the Russian tradition (Znamenny, Kievan, and ‘Greek' - that is, the Russian repertoire of that name, not Byzantine chant - are used); Kastalsky exclaimed after the premiere: ‘One must hear for oneself how simple, straightforward chants have been transformed in the hands of a great artist.‘ Even when not founded on actual chant, however, the characteristics of Rachmaninov’s own melodies are profoundly imbued with the spirit and style of chant, creating what he himself referred to as ‘a conscious counterfeit of the ritual’; a good example of this is ‘Voskresenie Khristovo videvshe'. Many of his ‘counterfeit' melodies, such as ‘Blagosloven esi, Gospodi', oscillate around a single note and have the modal characteristics of genuine chant. Much of the melodic invention in Rachmaninov’s later orchestral pieces also uses these elements. It is this approach to chant as either the literal or the notional basis of the service which gives the entire work such a sense of unity, a feeling for the shape of the drama (a drama which is founded on contemplation and supplication) inherent in the continuous liturgical unfolding of the evening service. It should nevertheless be remembered that this sense of dramatic momentum is heard on a compressed scale, since in an actual celebration Rachmaninov’s music would be heard interspersed with psalms, prayers, readings and litanies.
Rachmaninov had a special affection for the fifth number of the Vigil, the Song of Simeon (Nunc dimittis), and recounted how he had played through the score to Kastalsky and Danilin: ‘Towards the end, there is a passage sung by the basses - a scale descending to the lowest B flat in a very slow pianissimo. As I played this passage Danilin shook his head and said “Where on earth are we going to find such basses? They are as rare as asparagus at Christmas!” Of course, he did find them. I knew the voices of my countrymen, and well knew what demands I could make of Russian basses!‘ The composer also wanted this piece to be sung at his own funeral, though this proved impossible in the event.
In the Orthodox Church it is said that the mind should enter the heart. Surely there is no better illustration of the meaning of this phrase than Rachmaninov’s sublime music.
$7.99Add to basket ›