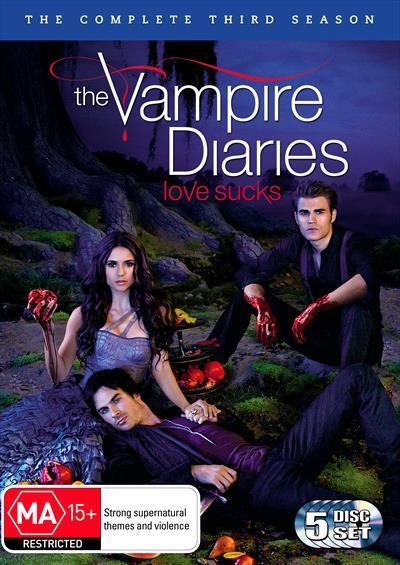 Based on the best-selling book series, The Vampire Diaries is the story of two vampire brothers Stefan and Damon Salvatore, obsessed with the same girl Elena Gilbert — who are battling to control the fate of an entire town.

In the second season, the appearance of the vengeful Katherine Pierce threw a wrench into the love triangle between Stefan, Elena and Damon, and the other residents of Mystic Falls were forced to choose sides as they fell victim to a new breed of danger.

Stefan and Damon were later met with their greatest challenge yet — the arrivals of Elijah and Klaus, two of the Original vampires.

Season three opens the door to learn more about Klaus and the Original Family as his motives for wanting Stefan on his side are finally revealed. As Stefan sinks deeper into the dark side, Damon and Elena struggle with the guilt of their growing bond, even as they work together to bring Stefan back from the edge. Plus, the ghosts from Jeremy’s past have a powerful message they’re trying to deliver to him, not to mention the impact they’re having on his relationship with Bonnie. And, as Caroline and Tyler grow closer, a war erupts between their families.