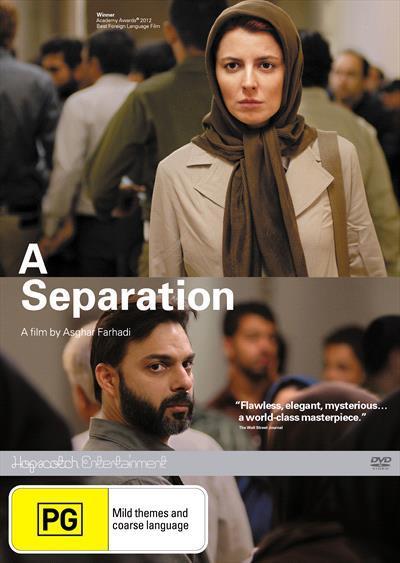 Winner of the 2012 Academy Award for Best Foreign Language Film, this utterly compelling Iranian drama depicts the lies and intrigue that come into play in the wake of a married couples separation.
The film focuses on Nader and Simin, who live with their eleven-year-old daughter Termeh in Tehran. Not exactly out-of-love, Nader and Simin are attempting to divorce on the grounds of irreconcilable differences. With visas to emigrate from Iran, Simin is anxious to ensure a better future for Termeh, but Nader refuses to leave his elderly father.
When the judge refuses to formalise their separation, Simin departs the family home, leaving Nader to hire a housekeeper, Razieh is a devout woman who tends to the apartment and Naders father. When Nader returns one day to find his father alone, it leads to an altercation that has unexpected consequences.
Propelled by an acute attention to class, religious and gender differences, Farhadis meticulous script questions the very basis of truth and ethics. At its heart A Separation is a gripping, humane drama that recalls classic Hitchcock in its twists and turns.
$14.95Add to basket ›