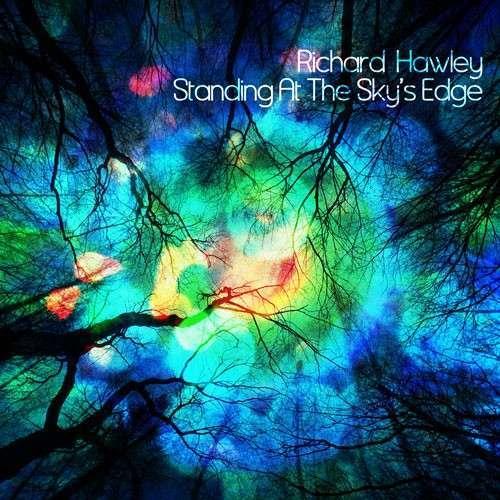 Following his award-winning, hugely acclaimed 2009 album ‘Truelove’s Gutter’ and more recently recording with the Arctic Monkey’s on their track ‘You And I’, Richard Hawley will release his sixth studio album, ‘Standing At The Sky’s Edge’‘Standing At The Sky’s Edge’ marks a seismic shift in direction for Hawley. The album is a euphoric, sonic assault on the senses, channelling elements of psychedelia, space rock and ragas with heavy riffs and raw, visceral guitar solos - as well as more familiar, tender moments - which will surprise Hawley’s fans and peers alike. Exploring lyrical themes of love, loss, redemption and darker areas of the human condition, it’s an album of ominous storytelling and cosmic exploration, sung in Hawley’s rich baritone and soundtracked by an epic musical journey in glorious, menacing Technicolor. In the tradition of Hawley’s previous albums, the title is inspired by an area of Sheffield.Hawley says of the album, “I wanted to get away from the orchestration of my previous records and make a live album with two guitars, bass, drums and rocket noises!”

Sheffield’s Richard Hawley produced what was for me one of the best records of the decade with 2009’s magnificent Truelove’s Gutter.

On Standing at the Sky’s Edge he has traded that record’s effortless swoon for something slightly more bombastic. Gone are the strings and orchestral arrangements and replaced by two guitars, bass and drums. Hawley’s motivation: ‘Just to see how far we could push it.’

Opening track ‘She Brings the Sunlight’ sets the stage in epic fashion with droning guitars to the fore and while it’s certainly a taste of what’s to come, Hawley can never resist the crooner inside with some lush balladry texturing the later part of the album. Hawley is a man who quietly and unassumingly produces the goods every time and has once again dished up a wonderful record. Take a bow.