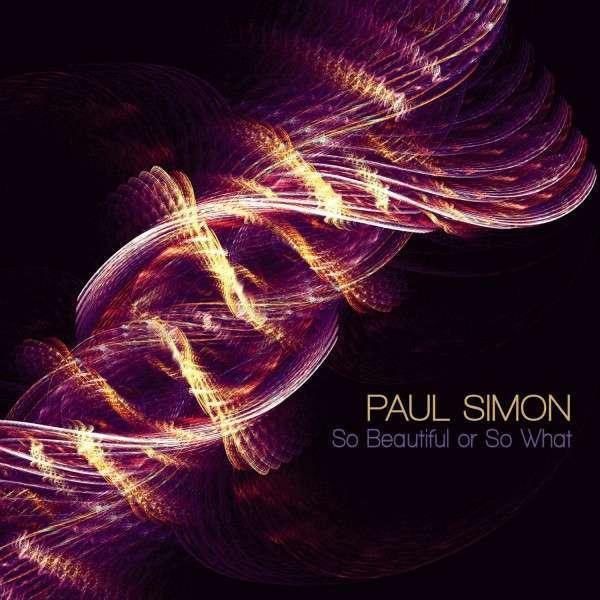 Paul Simon will release his eagerly anticipated new album, ‘So Beautiful or So What’, on April 8th through Hear Music/Concord Music Group. Produced by Phil Ramone and Paul Simon, the ten track album his 12th solo studio record - sees Simon crafting his songs around harmony and song structure instead of the beat-driven form of writing which has inspired him since the mid-1980s.

“Since ‘Graceland’, I’ve always made the record based on either making the tracks or the percussion first,” Simon told Rolling Stone. “This time the stimuli was a guitar in my lap. That takes me back to ‘Still Crazy After All These Years’ or ‘Something So Right’.”

Opening with a song for all seasons ‘Getting Ready for Christmas Day’, the album starts as it means to go on, with a dry wit, keen political awareness (both personal and global) and a damn fine melody.

‘The Afterlife’ muses on the next world over a laid back Soca beat and the taut ‘Love Is Eternal Sacred Light’ on the power of good and evil while the tender ‘Questions for the Angels’ tells its tale of messengers of god and the homeless wandering the streets of Brooklyn and the title track gives listeners a chicken gumbo recipe.

Recording the demos in the equipment packed cottage next to his house in Connecticut, guitarist Vincent Nguini and percussionist Steve Shehan offered up their talents, as did Grizzly Bear’s drummer, Chris Bear, who contributed electronic drum parts.

Taking more than a year to perfect, Simon has revealed that ‘So Beautiful or So What’ reminds him of his very first solo release, his acclaimed 1972 album ‘Paul Simon’. The Rolling Stone calls it

Paul Simon is best known for his success as part of the duo Simon and Garfunkel, responsible for writing many of the most well known tracks including ‘Sound Of Silence’, ‘Mrs Robinson’ and ‘Bridge over Troubled Waters’. After the band splitting up, Simon went on to have what still is a highly successful solo career on the international stage, his most successful being the 1986 release of Graceland.

CD/DVD Deluxe Edition includes DVD with 8 Minute Video of ‘The Making Of So Beautiful of SO What’, “Getting Ready for Christmas Day” Video and “So Beautiful or So What” Live Rehearsal Audio Recording.

Produced by Phil Ramone and Paul Simon, with liner notes written by Elvis Costello, So Beautiful or So What is one of the most highly anticipated albums of the year. Rolling Stone magazine recently declared it, “His best since Graceland,” and National Public Radio affirmed, “…his new music balances great poetry and pop. Paul Simon is a national treasure.” In their current issue, Filter Magazine calls the new album, “…a new masterpiece from the Picasso of music.”

It’s been five years since Paul Simon released an all-new album, and – thank goodness – it’s been worth the wait. It features wonderful infectious orchestration and mischievous lyrics: all the elements that were so enjoyable back in the time of the Graceland album. It’s been ages since I’ve heard songs with such intricate layering of instruments, with words that touch on the everyday, expressed with sarcasm and wit. Top it off with great rollicking choruses, and this is a must-have.

Alice Bisits is from Readings Malvern.