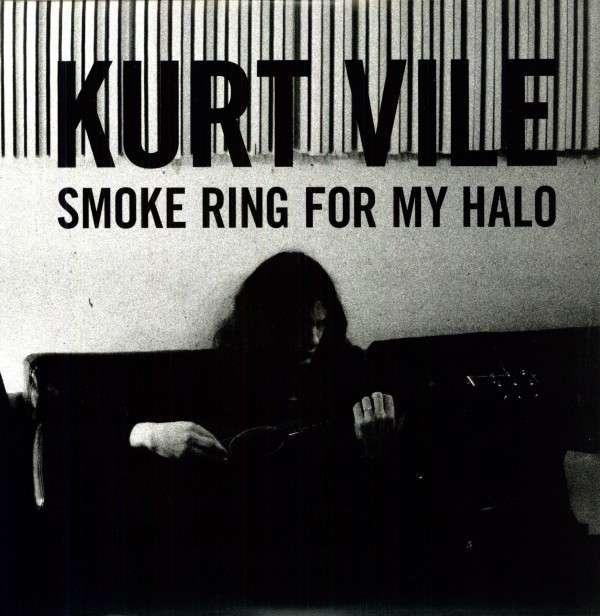 Kurt Vile has a way of tying time in knots. You can hear it on his new album ‘Smoke Ring For My Halo’ from the get-go the pinwheeling guitars and reaching atmospheres of ‘Baby’s Arms’ are as strange as they are familiar: a demonstration of how Kurt can put worn methods and sounds through himself and end up with something that isn’t emotionally or sonically obvious. Instead we’re left with a record that contains traces of the past but doesn’t waste precious time in the now being reverent.

Once compared to Leonard Cohen, Tom Petty, Psychic TV and Animal Collective in the same review, Kurt can bring to mind anything from Suicide to Leo Kottke to My Bloody Valentine, Bob Seger, Nick Drake and Eastern ragas. Still, he pieces together these disparate elements so seamlessly and unpretentiously that such reference points are rendered pointless by the singularity of his sound. Kurt Vile might belong to a long lineage of classic American songwriters, but he’s the only one who’s alive and in his prime today.

This is the fourth time Kurt Vile has put an album’s worth of songs together and stuck a name on it, but in a sense ‘Smoke Ring For My Halo’ is his first real album - every flinching guitar arpeggio and vocal wander was made to be here, made with this record in mind, to sit alongside another in situ and in sequence. It’s a record that is perfect for any given day during whatever season, to satisfy all moods in every possible scenario, be that first thing in the morning or last thing at night; today, tomorrow or five years from now.