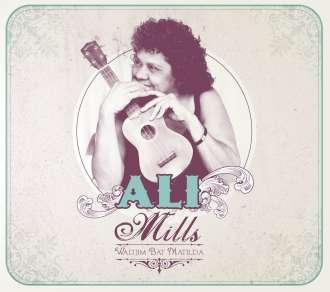 A Larrakia woman, Ali became a part of the group Mills Sisters in 1982 and since then she has performed with some of the top names in the music industry such as Charlie Pride, Tina Turner, The Bushwackers, Bullamakanka, Sweet Honey in the Rock, and Sir Harry Secombe. She sings and plays ukulele on her debut self titled album Ali Mills that features songs the people of Australia’s NT already know and love her and her family for: Waltjim Bat Matilda [in Kriol], Darwin Town, Arafura Pearl, Larrakia Tears and Alabama Coon.