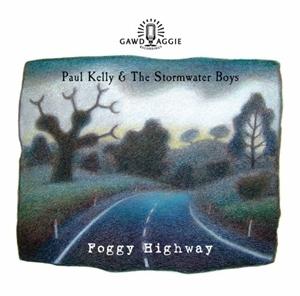 Foggy Highway is an album recorded by Paul Kelly and the Stormwater Boys and originally released in May 2005.

It’s a beautiful collection of high-lonesome songs that blend Kelly’s tough but literate wordplay with spare and resonant arrangements.

The troubling childhood memories of “They Thought I Was Asleep,” the ladies' man’s rueful recollections of “Song of the Old Rake,” the gospel-flavored “Meet Me in the Middle of the Air,” and the drifter’s lament of the title cut demonstrate that Kelly takes to the sound and feel of classic bluegrass like a duck to water, and if the occasional presence of electric guitar might put off a few purists, Kelly’s duet with Kasey Chambers on the Louvin Brothers' chestnut “You’re Learning” should be enough to make a believer out of anyone.