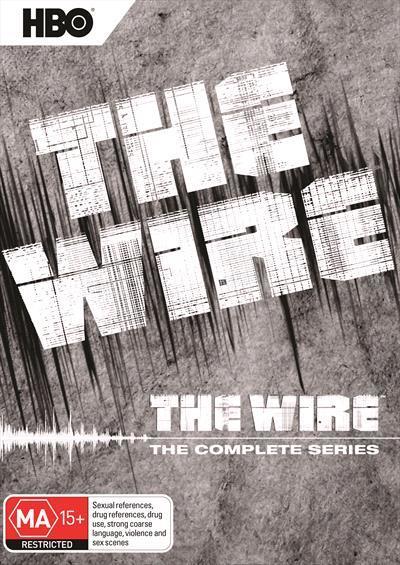 Candid and intense, The Wire has been hailed as one of the great achievements in television artistry by the San Francisco Chronicle. Viewed from the perspective of the principal characters the police and their targets The Wire captures a world where easy distinctions between good and evil and crime and punishment are challenged at every turn.
The series first season concentrated on the often-futile efforts of police to infiltrate a West Baltimore drug ring. Seasons two and three introduced new story lines as the drug investigation escalated, adding the pressures on the working class and the citys political leadership to the citys mounting problems. Season four explored the public school system against the backdrop of a new drug empire and mayor, while the fifth and final season centred on the medias role in addressing or failing to address what was really going on in the city.
This package includes all five seasons.
$89.95Add to basket ›

END_OF_DOCUMENT_TOKEN_TO_BE_REPLACED

Candid and intense, The Wire has been hailed as one of the great achievements in television artistry by the San Francisco Chronicle. Viewed from the perspective of the principal characters the police and their...

The most unvarnished, uncompromising and realistic police drama ever returns for another hard-hitting season. McNutty has been demoted to harbour patrol. Daniels is in the police-archive dungon, Prez is chafing in the suburbs, and...

Everyone is feeling the heat in Baltimore. The drug war is a losing campaign, bodies are piling up in the street and a desperate mayor demands to see some victories before Election Day. But the police are running out of...

The explosive fourth season of The Wire continues to blur the lines between good and evil, and incite the fires of urban unrest. With the fall of the Barksdale empire, and the ascent of a new young drug king in Baltimore,...

The places and faces have changed, but the game remains the same. Times are tough for the detail. Mayor Carcetti has slashed the departments budget to the bone. Police are operating without overtime some without cars and radios.