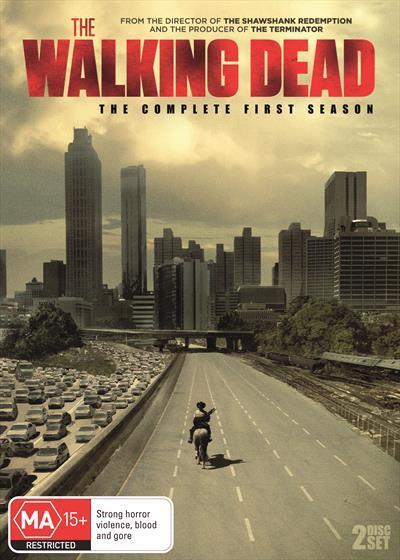 The Walking Dead follows a band of Atlanta-based survivors of a viral outbreak that has caused the dead to rise up and consume the living. The group’s nominal leader is a sheriff’s deputy (Andrew Lincoln) who wakes from a gunshot-induced coma to find the world in disarray and his wife (Sarah Wayne Callies, Prison Break) and son missing.
His search for his family and the survivors' attempts to make sense of their lives in the wake of the outbreak is handled with intelligence and sensitivity, which helps to elevate the show beyond the grindhouse take on zombies, which favours spilled guts over character development. That’s not to say that the blood doesn’t flow plentifully here: the special effects are on par with zombie-movie mayhem, but again, they aren’t the show’s raison d' tre.
Solid performances, including Jon Bernthal as Lincoln’s partner, Jeffrey DeMunn as the group’s leading rationalist, and Michael Rooker and Norman Reedus as a pair of trouble-making rednecks.
$19.95Add to basket ›