On Any Sunday Dvd 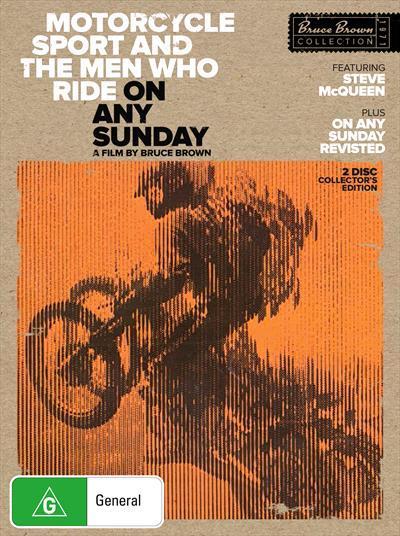 On Any Sunday Dvd

Also includes On Any Sunday Revisited.

On Any Sunday: Academy Award nominated Bruce Brown highlights the intoxicating motorcycle race world filled with rugged road riders and the gruelling excitement of muddy and murderous motocross, daring dune riding, slicing the ice and the tortuous mayhem of the Baja 100. Wherever a reason, whatever the season, Bruce and his friends, along with the new breed of riders, take the sport to the extreme and conjure up tales of how they almost made it, jumped it, ate it, killed it or trashed it on practically every Sunday.

Featuring Steve McQueen with music by the famed Dominic Frontier, this is without a doubt the quintessential motorcycle film.

On Any Sunday Revisited: Nearly thirty years after Bruce Brown directed On Any Sunday, he and his filmmaker son, Dana, have created an all new classic. In a film infused with the humanity of the sport’s greatest riders, they look back on the thrills, the spills, the movie that changed their lives and a friend who shared the ride, Steve McQueen.