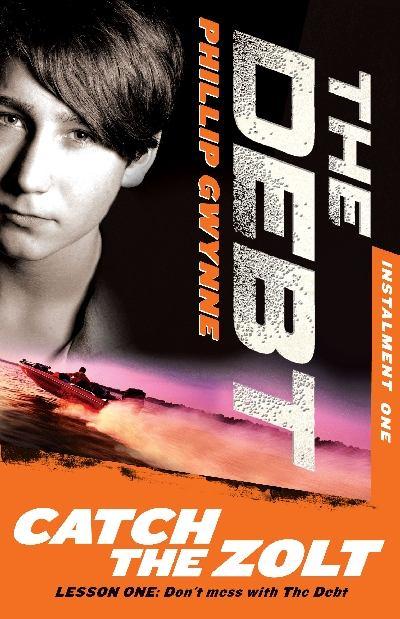 It’s a beautiful day in paradise. The sun is shining. The birds are chirping. And Dom Silvagni, eldest brother, indifferent student and elite middle distance runner, is turning fifteen. But instead of cake and candles, Dom receives the most unlikely gift. An ancient family debt from an organisation so secretive and powerful, they are only known as The Debt. And The Debt have made it clear – Dom must perform six Herculean tasks or lose a pound of flesh. The Debt has ways of making Dom believe and before long he has his first instalment. He must catch The Zolt – the 17-year-old Facebook Bandit who has stolen light planes, boats and cars from ‘deserving’ homes on nearby Reverie Island. But getting close to the Zolt means persuading his neighbour, the smug self-obsessed Tristan, to invite him to his sumptuous holiday home. And it seems Tristan has an angle too . and it involves Imogen, the only girl close to Dom’s heart. Caught between a rock and a hard place, Dom has to honour his family. But the more he discovers about his father, the less he seems to know. Meanwhile The Debt wants its payment…now!